Construction on the Fall Creek Trail began last year and was slated to finish in October, but the trail was completed this month and is now open to pedestrian and cyclist traffic. 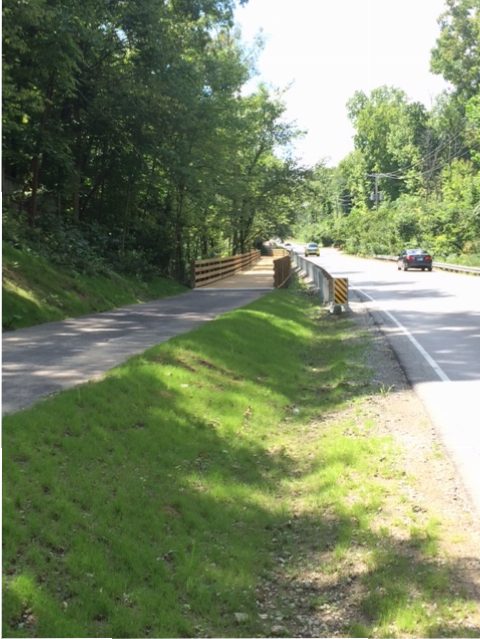 Construction was done to widen the trail from eight feet to 10 feet, pave the trail and connect all disconnected areas. The trail is one of the most traveled in Fishers due to its path through Geist.

“The trail originally was disconnected and broken down in different places, and (its width) was inconsistent with eight feet wide, which is not ideal in accessibility,” City of Fishers Marketing and Public Relations Manager Casey Cawthon said. “It’s one of the busiest trails in Fishers. Construction was significantly ahead of schedule, and it will be an awesome asset this fall when it’s open.”

Construction was estimated to cost approximately $2,000,000. The city used the Geist Annexation fund to improve the trail for more traffic. The trail is approximately 20 years-old and stretches along Fall Creek Road for more than a mile. The trail was too narrow in places to allow for two-way traffic.

Now, the trail is considered a “super highway” for pedestrians and cyclists. Pedestrian boardwalks and bridges also were reconstructed.