You are at:Home»Current in Zionsville»Kurt Vonnegut’s ‘Slaughterhouse Five’ picked for Boone County’s United We Read

The “best known book by Indiana’s best known author” has been selected for the annual United We Read campaign at Boone County libraries, according to Orton Ortwein, assistant department head for adult programming at the Hussey-Mayfield Memorial Public Library. 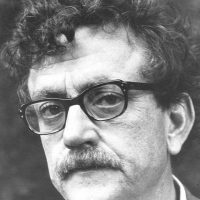 Slaughterhouse Five was chosen as the book being read simultaneously by patrons of Zionsville, Lebanon and Thorntown libraries.

“We tend to pick books that are popular but not ubiquitous,” Ortwein said.

Although the book has notoriously beene banned and burned in communities over the decades, Ortwein recalled reading it in high school.

“If you like interesting philosophical books, it’s a good read,” he said.

Much of the semi-autobiographical book is set in Dresden, Germany, during World War II, the same location where Vonnegut was held as a prisoner of war.

“There is an Indianapolis element to it,” Ortwein said. “You can tell by reading the book he’s from this area.”

Approximately 50 copies will be available at the library beginning Sept. 1 so that everyone will have a chance to read it before month-long activities begin in early October, starting with a discussion of Vonnegut’s series of essays, God Bless you Dr. Kevorkian, at the monthly nonfiction book club.

Other activities include a representative from the Kurt Vonnegut Memorial Library discussing the author’s life in Indianapolis and a jazz trio performing at the library.