You are at:Home»Night & Day»Entertainment News»Second Music Fest for MS set for Aug. 27 at Crown Hill 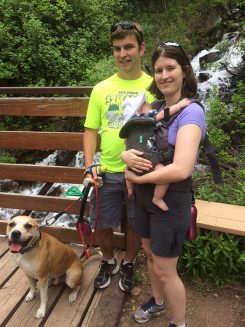 As a parent of a daughter with multiple sclerosis, Jay Brammer wanted to get involved and help fund-raise to find a cure for the disease that causes nerve damage in the spinal cord and brain, as well as damaging optic nerves.

“So naturally, as a parent, I got involved with the MS Society, and I’m on the Indiana board. We do a music fest both as support for those with MS and as a way for raising money for the MS Society for research,” Brammer said.

Brammer’s daughter, Michelle Murray, was diagnosed in 2014. His other daughter, Abbie Brammer Quiocho, is a Carmel resident. This is the second year that Brammer is organizing Music Fest for MS. The event is 5:30 to 8 p.m. Aug. 27 at Crown Hill Funeral Home and Cemetery, 3400 Boulevard Place, Indianapolis.

In addition to Brammer, other participants in the Music Fest for MS have personal connections to the disease, as well.

Tola Lewis, one of the outdoor performers at the music festival, has a daughter with MS who also works at Crown Hill. The wife of the presenting sponsor, Zink Distributing, has MS, as well as volunteer Mike Knight.

“Crown Hill is a nice outdoor setting, and it’s a chance to enjoy music and support the MS Society,” Brammer, president of Crown Hill Management, said.

Last year, the fundraiser raised approximately $5,000. This year, Brammer said he has a goal of raising more than $10,000.

Food will be available through Market District’s Foodie Fleet, and beer and wine also are available. Tickets are $15 in advance and $20 at the event. In addition to Lewis, the 3G Band also is performing.