On July 18, the Advisory Plan Commission met for a regular meeting, approving various items of business and holding one public hearing. The next APC meeting is 7 p.m. Aug. 1, at 130 Penn St. Visit www.westfield.in.gov/egov/apps/events/calendar.egov for more.

What happened: The APC approved (8-0) the expansion of Primrose School, 14711 N. Gray Rd.
What it means: The school is in the Bridgewater Marketplace, and a public hearing was held at the July 5 plan commission meeting. No comments were made at the public hearing.

What it means: Freddy’s Frozen Custard will renovate the building that previously held Bagger Dave’s on a .87-acre lot in the Cool Creek Village. 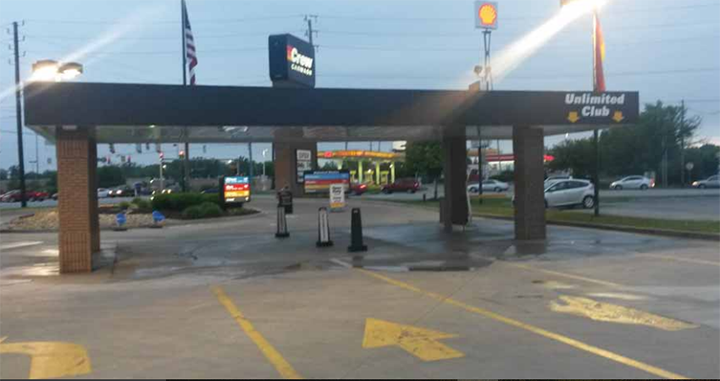 An example of another Crew Carwash canopy. (Submitted image)

What it means: The detached canopy structure has been created at previous Crew Carwash locations, and it would be added onto the already-existing, 1.22-acre lot of the business.

What happened: A public hearing was held on the Radrick Professional Building in the Bridgewater Marketplace, at the northwest corner of Gray Road and Radrick Drive.

What it means: A 10,000-square-foot office building on 1.47 acres was proposed. Richard Thomason, architect for the project, present three specifics to the commission: parking space, an amendment to the landscaping and an amendment to allow for a lighted sign. The east-side parking lot encroaches on the yard an additional five feet to allow for 30 to 33 parking spaces, slightly smaller than average for office parking. Thomason requested to decrease the number of trees because of unhealthy landscape due to density. Thirdly, Thomason requested for a lighted sign to be added to the southeast corner of the property advertising the office tenants and the Bridgewater Apartments nearby. No comments were made at the public hearing.