You are at:Home»Current in Fishers»Medical Makeover: Central Indiana Orthopedics will invest nearly $13 million into MedTech Park 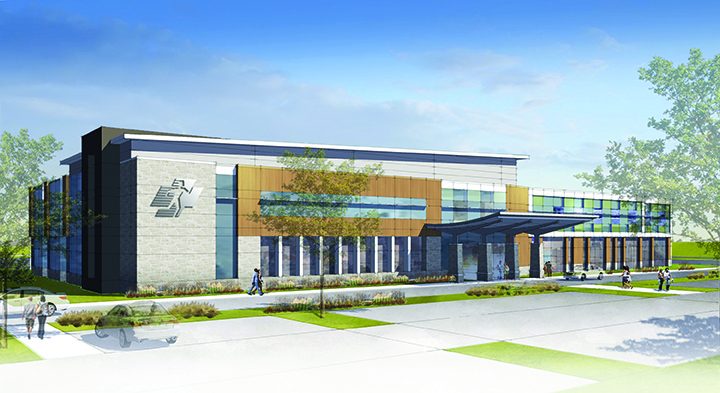 Central Indiana Orthopedics is planning a 50,000-square-foot facility on a 37-acre project in Fishers. (Submitted rendering)

Central Indiana Orthopedics’ Fishers-based operations are currently housed in Suite 320 at St.Vincent’s Hospital, but will be moving into its new building on the plot of land next door to the east.

“We’ve probably had three or four physicians over the last five years who have been babbling down in the Fishers market, even prior to the hospitals being built at Exit 210,” Central Indiana Orthopedics President Dr. Nimu Surtani said. “We knew that was an emerging market and really no group had stepped up to cover that area and we knew with the growth, since all of our physicians who work in Anderson essentially live in that market, so it’s been right in our backyard and we’ve always said ‘Well, why haven’t we attacked this?’ Well, we’ve had such a small little office space and we move into a space at St.Vincent’s when they built the hospital, but since we only had two or three docs going we never had the ability to send multiple doctors or multiple specialists at the same time, so it was kind of inefficient. We ran off a different X-ray system, internet connectivity has been an issue, so as we started seeing the growth and the potential here basically we said, ‘Well, we need to expand this.’” 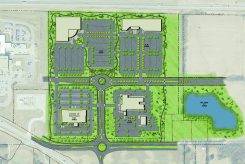 MedTech Park will include Central Indiana Orthopedics’ new Fishers headquarters as well as space for three future tenants in the medical services field.

Surtani and his team initially began looking for plots of land in the area between four and six acres, but the search took a turn.

“We started looking at land and we saw the potential was there for a development,” Surtani said. “We found a piece of land next to St.Vincent’s and we’re going to try to buy off a small piece of it. Well, I’m not sure that’s what the landowner wanted, so we thought, ‘Well, why don’t we take the whole thing?’”

“Taking the whole thing” means CIO’s new Fishers home will be just one building on the 37-acre site. Shovel-ready sites will then be available to other medical service providers looking to move to the area.

“When we get such an extraordinary opportunity to get a company to invest in our city while at the same time unlocking a lot of potential growth around it, that’s a win-win from my perspective,” Fishers Mayor Scott Fadness said.

And Surtani knows there are other companies out there in similar positions as his was — looking to expand but unable to find the land they want.

“Everyone else is running into the office space glitch as well,” he said. “You have transients coming in, but no large groups have planted themselves. We thought, ‘Well, if we’re right next to the hospital, which is a prime location, there’s going to be a road expansion, we’d also be able to control what other specialists came in.’ That’s kind of how it all morphed into what it is now.”

CIO’s designated building will give the practice room to grow its Fishers presence in line with some of the company’s larger facilities in Muncie and Anderson.

“We’re looking forward to having a full office where all of our ancillary services are available,” COO Julie Lozier said. “We see what it’s like at our Muncie and Anderson locations, which are bigger buildings and things seem to flow better when you have more space and you’re coordinating with multiple employees. We’re definitely looking forward to having more space and being more comfortable.”

Patient Intake Rep Emily Werline formerly worked in CIO’s Anderson office, but lives approximately five minutes from the future Fishers building and has been in the current Fishers office since mid-July.

“One huge difference I’ve noticed is space is very limited right now in our Fishers office. I sit up at the front desk which was very open in Anderson and patient flow was very easy,” she said.

CIO plans to add up to 25 additional employees to its current Fishers staff once the new building is ready.

The Fishers City Council unanimously approved the project at its July 18 meeting.