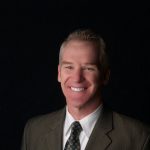 For the second time in three meetings, the Lawrence Common Council voted 6-3 against a raise for the city’s paramedics and EMS workers at its July 20 meeting.

Two proposals for raises were on the meeting agenda for first reading, but one proposed by Councilor Tom Shevlot — with $2 per hour raises going into effect immediately — was removed following a 6-3 vote to suspend the rules and then a vote to remove the item.

“There are no words for that. It’s unprecedented,” Shevlot said. “I can’t think back to a time where something on the agenda never got heard. It can come back out of committee and get voted down — which is fine, that’s the process — but the fire chief was asked to come to the podium last night and he said that since the last council meeting July 5 he’s had three paramedics leave the department for better pay. He said that’s 20 percent of his workforce.”

Another proposal introduced by Councilor Wm. Tyrrell Giles was sent to the finance committee after first reading, with his proposal calling for a $4 raise that would go into effect Jan. 1, 2017.

“You can’t do a proposal in 2016 to take effect in the new year,” Shevlot said. “You just can’t do that, but their legal advice is letting them down. … Legally you can’t offer a proposal that impacts the 2017 budget without the 2017 budget even being passed.”

“When Proposal No. 13 (with the $4 raise in January) was talked about, (Councilor Rick Wells) asked (Controller Jason Fenwick) had anyone even talked to you about Proposal No. 13 and the $4 increase and the viability and sustainability of that?’ He said, ‘No, nobody’s reached out to me,’” Shevlot added.

Shevlot said he expects the proposal to be back from the finance committee quickly and back before the full council.

“Probably what will happen is it will get sent to the finance committee and that will be the opportunity for the public to come in and comment and ask questions,” he said.

Part of the justification argument for the raise was that in June the council unanimously voted to increase the city’s ambulance fees in order to generate funds for the pay raise.

“It passed 9-0 and then the controller gets up twice now and gets asked, ‘Do we have enough money to cover this $2 per hour increase and will it be sustained indefinitely?’ and he says, ‘Yes, my opinion has not changed,’” Shevlot said. “Then you have six council members vote it down because they don’t believe we can fiscally support it. Who are they going to believe, the guy that shows up everyday at work as the city controller that looks at these numbers, or six people, five of which are this is the first time they’ve ever sit in a pubic office? I’ll stick with the controller.” 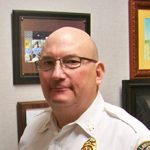 “A couple weeks ago the council heard from several Lawrence residents that were not happy with their decision. They’re getting phone calls from Republicans and Democrats alike that are not happy with these councilors because they feel like they’re not doing the work of the City of Lawrence, they’re on their own agenda, it’s a political agenda and the mayor and the controller have said repeatedly that the money is there to pay the $2 per hour. My thing (July 20) was, ‘Why not pay them the $2 now and then look at Proposal No. 13 for next year, that’s fine, and if the money is there at the end of the year they can reevaluate it and maybe give them $2 more at the end of the year?’ Well, Councilor Giles says, ‘Well this is the first I’ve heard of this. There’s something new every time.’ What I should have told him (July 20) is this was the first time it was brought up that they don’t want to give a raise mid-year. This passed out of his finance committee at 100 percent unanimous approval to the full council, so why didn’t this come out at the committee meetings? Why is it just coming out right now that they don’t want to give raises mid-year? It seems like every time we counter something, they come up with another excuse why they’re not doing it. That was news to me (July 20), because I had never heard that they don’t want to give a raise mid-year.