You are at:Home»Current in Fishers»Toddler playground opens at Holland Park 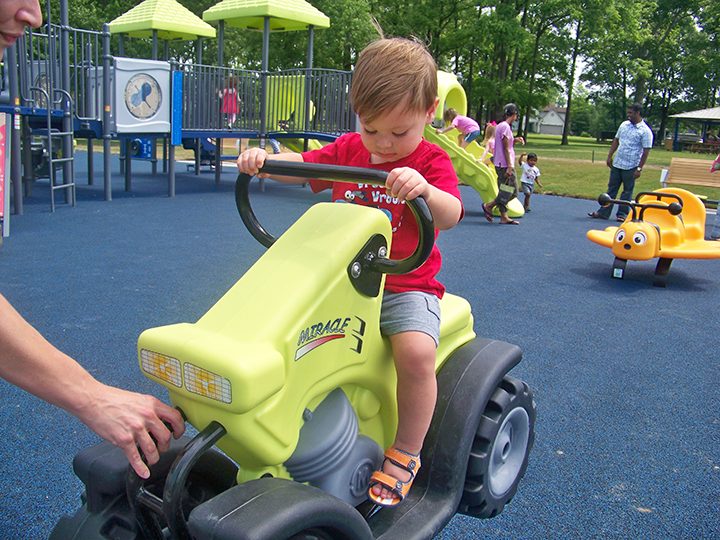 The latest addition to Roy G. Holland Memorial Park was designed with the youngest of the city’s residents in mind.

“We completed the first playground, the shelter and the splash pad in October 2014. We just didn’t have the funding at that time to get the toddler playground done,” Parks and Recreation Director Tony Elliott said. “I think there are more families with toddlers that come here than anything else, so there was a lot interest and excitement and anxiousness to get this playground open … Similar to the big playground, it’s (Americans with Disabilities Act) accessible with a lot of ADA-accessible features. The rubber surfacing makes it friendly for strollers, too.”

Elliott called Holland Park already one of the city’s oldest and most popular park destinations, and he expects the addition of the toddler playground to be another welcome addition for area families.

“We talk a lot about downtown Fishers and the Nickel Plate District and the investment from an economic and commercial standpoint — and this is really an investment in the cultural standpoint putting in this infrastructure to really drive that quality of life,” he said. “It all ties together. Having these types of amenities continue to make Fishers a wonderful place people want to live and bring their kids. That all ties into the vision of a smart, vibrant and entrepreneurial community.”