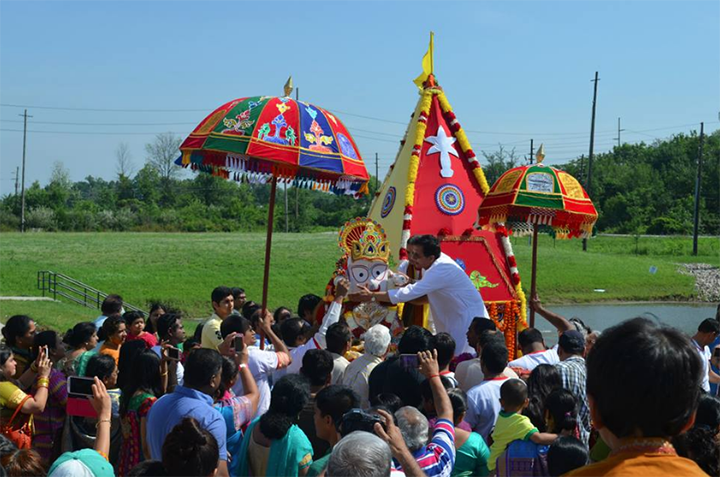 The Chariot Festival of Indianapolis is back for its second year and will offer food, entertainment and a traditional Indian celebration. The event will start at 10 a.m. on July 9 at the Hindu Temple of Central Indiana, 3350 N. German Church Rd.

Ratha Yatra is the tale of the journey of three Hindu deities—Lord Jagannath, Lord Balabhadra and Goddess Subhadra—from their temple to their aunt’s home on grand chariots. The event originated in Puri, Odisha in India, but it has spread worldwide since 1967 with the first U.S. festival in San Francisco.

“Our event is not about any religion, thought or belief,” said Saswati Pandab, one of the festival organizers. “It about people coming together, getting to know each other, enjoying, dressing up and trying out something new.”

Pandab moved to Fishers in 2004 where she found a small group of people working to organize the event here. They couldn’t plan it all on their own, so they reached out to the Hindu Temple for help. Now, they have gained sponsors as well as more organizing members who donate to make the event possible.

During the festival, visitors can help pull the chariots around the temple, play instruments and enjoy Indian cuisine. The only cost for the event is a food coupon, which Pandab said will be less than $5.

Pandab said the event was so successful last year that the group already has plans to expand the festival to the downtown area within the next few years. They are hoping to make this event as well known as the ones in New York or California.

“The more people get to know about it, the more people participate, one day we will be able to Google ‘Ratha Yatra Indiana,’” Pandab said.