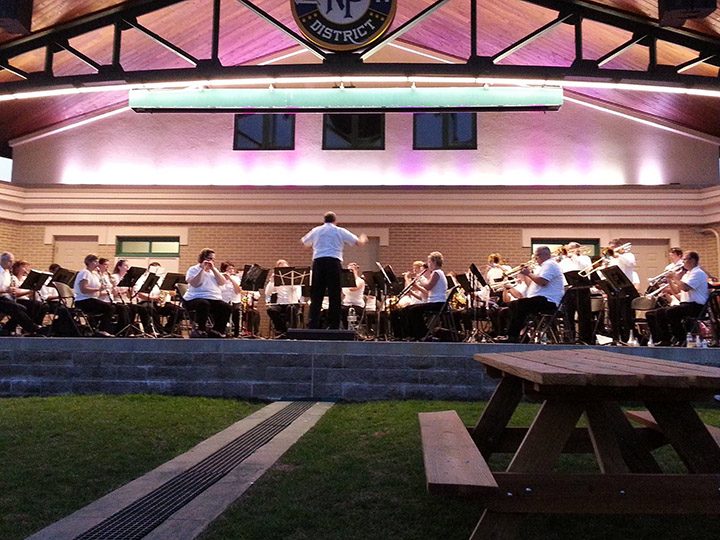 The Fishers Wind Symphony, pictured during a previous performance at the Nickel Plate District Amphitheater, will play its first Fourth of July concert at 4 p.m. July 3 at Legacy Bible Church in Noblesville. (Submitted photo)

The Fishers Wind Symphony, directed by Dr. Keith Kunda, will play its first Fourth of July concert with an American-themed performance at 4 p.m. July 3 at Legacy Bible Church, 2140 Greenfield Ave., in Noblesville.

Kunda, who received his doctoral degree in conducting from Ball State University, is looking to bring a variety of American music to those in attendance.

All of the concert’s selections have been arranged by American composers.

For Doug Whisman, co-founder and president of Fishers Wind Symphony, playing on the Fourth of July weekend has special meaning.

“My entire family is in the military, so I grew up in a very patriotic family,” Whisman said. “So this is pretty meaningful … being the co-founder of an organization like this, it is really nice to see we are out there producing this type of music for the first time in four years.”

According to Whisman, concert attendees will receive a special gift and not be disappointed in what they hear from the 45-member group.

“These are all professional performers,” he said. “It’s a pretty high level of play we are performing.”

Tickets can now be purchased at FishersMusicWorks.org for $10.