You are at:Home»Current in Fishers»Fishers Police Department swears in new officers 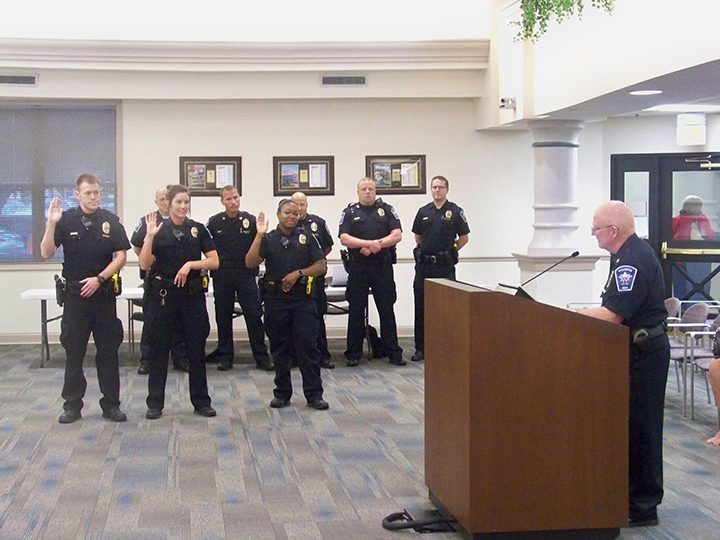 A trio of new Fishers Police Dept. officers were sworn in by Chief George Kehl in front of fellow officers and city officials at the June 20 Fishers City Council meeting at City Hall.

The latest batch of officers brings the city’s total to 103 and includes:

• Jonathan Dossey – From the south side of Indianapolis, Dossey, 27, is a graduate of the University of Indianapolis with a bachelor’s degree in sports management and previously worked at the Marion County Jail.

• Dynesha Harris – An Indianapolis native, Harris, 27, graduated from Purdue University with a bachelor’s degree in sociology as well as law and society. She joins the FPD having previously worked for the Indiana State Police’s Capitol Police division.

The Fishers Police Dept. also has hired Officer James Smith, who was absent from the June 20 swearing in due to the birth of his second child the previous day.