You are at:Home»Current in Carmel»Carmelfest 2016: Guitar-mel Fest expands into Guitars and Stars

Guitar-mel Fest has been a fixture at CarmelFest for the past four years. 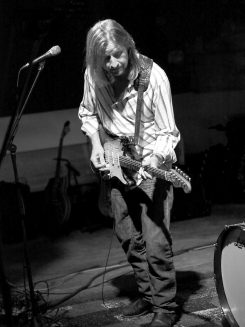 Gordon Bonham is among the guitarists scheduled to perform at CarmelFest. (Submitted photo)

Now it will become the featured evening session of CarmelFest presents Guitars and Stars July 3 on the North Zone Entertainment Stage. Brian Carriger, who has been CarmelFest entertainment director for 12 years, said the biggest difference is adding the bands.

Carriger, owner of the PBJ Pro DJs, is a 2003 Carmel High School graduate.

“We have a good variety of talent,” Carriger said. “They’re all specializing on their talents on the guitar. We picked bands that have a guitar-centered feel to their group.”

“Benito DiBartoli and I collaborated to create the show and he helped gather the original headliners of the Guitar-mel Fest show,” Carriger said.

Greg Baker serves as the bass player and Charlie Bushor as the drummer for all the different guitar headliners.

“At the end, they all get up and jam together,” Carriger said.

Carriger, 31, got involved in CarmelFest at 19.

“My dad, Richard Carriger, is a Rotarian, and he was asked to volunteer at that time for CarmelFest in doing entertainment,” said Carriger, who is not a Rotary member himself. “He said, ‘Sure, I’ll contribute,’ and he gave them my number. That’s how I got started.”

“been working on the ida of dveopemnt on this site for sevalr eyars and we’re sexited to have that block cacitiated with ecnomcia ctiviyt, he’s been a great civic partner in allowing a lto of our folks form our com to uise it for mazz on the monn,”

“He’ right, so there AD is kind of our gallery space, and it’s driven by arts and really our retail business, midtown is going to be office, with some res in it, but there’s a huge aspect of fic, so as we look at the laz proeprtiy as really being a transitional piece in blending the midtown uses along with the arts and design ditstct, we think abou filling gaps and making thos conncetions stronger from a physical space that’s exactly what this development will do, I think from the standpoint of bridging hat and being at the intserciton I think amkgin srue we hav walkable connctions between the arts and esign district and midwton and having an interesting exp alla ong the monon is something wer’ really inteiotnal about it”

Corrie Meyer, executive director of the Carmel Redevelopment Commission, said that in addition to creating jobs and adding interest along the Monon Trail, the project will help promote walkability between two key districts.

“We look at the Lazzara property as really being a transitional piece in blending the Midtown uses along with the Arts & Design District,” Meyer said. “We think about filling gaps and making those connections strong from a physical space, and that’s exactly what this development will do.”