You are at:Home»Current in Carmel»Carmelfest 2016: Grilled cheese, German fare among new food offerings

A key driver behind many Fourth of July festivals is food, and the vendors at CarmelFest don’t plan to disappoint. 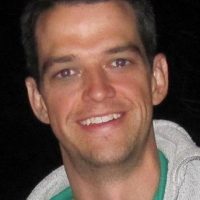 Along with the traditional elephant ears, funnel cakes and other fried foods, there will be rib vendors as well as a s’mores vendor.

“There are some weird ones you really don’t see at festivals, then there also are elephant ears and sausage and such,” said Jess Lawhead, food vendor chairman. “Every vendor has to be there for both days. They are spread around the entire festival.”

Among some of the newer vendors are a grilled cheese tent, frozen coffee drinks and German food.

The only alcohol available will be in the beer tent at the north side of CarmelFest, where Sun King Brewery will be the exclusive beer provider.

“We have a lot of vendors that are grilling, there’re two big rib stations,” Lawhead said. “That’s what I think about with Fourth of July is a lot of grilling. Beyond that, with a festival, people just let loose and eat fried food like elephant ears and funnel cakes, and anything fried gets them excited.”

Lawhead said 38 vendors max out the amount of space at CarmelFest designated for food vendors.

“CarmelFest is a well-established festival … We have a lot of vendors that have been coming for 10-plus years, and so there are a lot of fan favorites, and we try to mix in new vendors,” Lawhead said. “There’s a very large variety.”

CarmelFest hours are 2 to 10 p.m. July 3 and noon to 10 p.m. July 4. Attendees are also welcome to bring their own food and drinks to the festival. For more, visit carmelfest.net/vendors.