You are at:Home»Current in Carmel»Pilot, plane builder honored for 50 years of safety 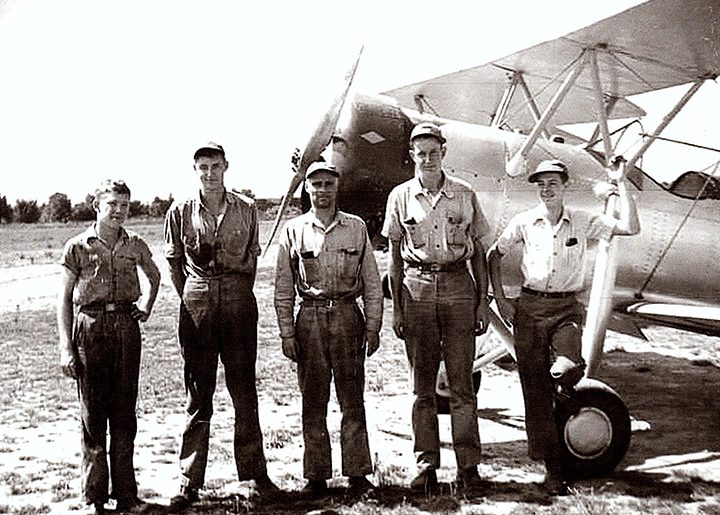 Louis Owen first became interested in flying as a young boy building model airplanes. By the time he was 14, he was working at a local airport in Kentucky during World War II cleaning windshields, doing maintenance, and attempting anything else he could talk someone into letting him try. 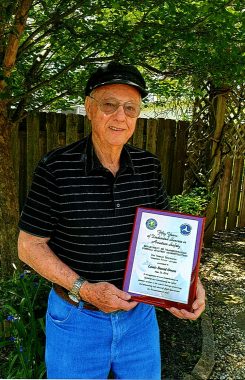 “By the time I was 16 or so, I was doing quite a bit of work around the airport on planes,” the 87-year-old Carmel resident said. “I would fly every chance I could hitch a ride with someone. Sometimes the pilots would let me take over flying.”

It was in the Navy Owen learned to fly. He soloed for the first time at age 23 in December 1952.

“I couldn’t afford the lessons before,” he said.

Owen remained in the Navy on active duty for 40 months then went into the Reserves, retiring after 16 years of service as a second lieutenant.

Over the years, he began building his own planes – two in all. Both were Whitman Tailwind planes that seated two people.

“I even carved my own wooden propeller to go on a plane,” the Korean War veteran said. “I had bought one, but it wasn’t exactly what I wanted, so I built my own and got it to where I wanted.”

The first time he took to the sky in a plane he’d built, Owen admits to a “bit of apprehension.”

“I was thinking, ‘Hey, wait a minute. It took me several years to build this, is it okay?’” he said. “And, it was. The second one there was not a bit of apprehension because you just know you’re doing it right as you go.”

In 1995, Owen was one of 10 pilots from around the country honored by the Dayton Air Show for building their own planes. He was able to display his plane at the show for three days and received a Wright Brothers Trophy.

But this past May, Owen received an even bigger honor – The Wright Brothers Master Pilot Award for 50 years of Dedicated Service in Aviation Safety.

“It really makes me feel good. The first award was nice, but this just has more impact,” he said. “It’s just more special. I’m really proud of it.”

Owen hasn’t flown for several years, however, figuring at 87 he might not be able to pass the required physical.

“I’ve flown a lot already, so just guess I don’t need to,” he said.

But he misses it – especially the freedom of getting in a plane and taking off – and the maintenance.

“You get kind of hooked on that – keeping it in shape and keeping it going right,” Owen said. “It took a lot of time, you know.”