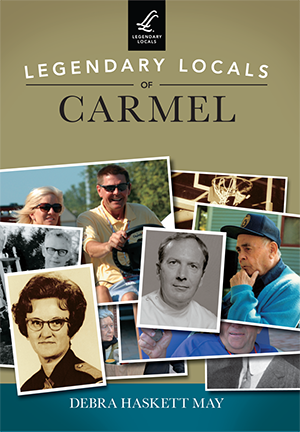 A fifth-generation Hamilton County resident and historian, Debra Haskett May agrees that she was a perfect fit to write about some of the most impactful figures in Carmel history.

“Legendary Locals of Carmel” highlights 100 people who have left their mark on the city, from French trapper and fur trader Jean Brouillette to current Mayor Jim Brainard, who is serving his sixth term in office. 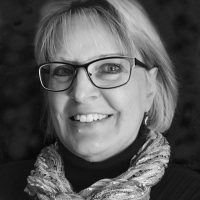 “I love people, I love history, and I love making connections, so it was kind of a fun project,” said May, a Carmel resident and operations manager for the Westfield Chamber of Commerce.

Arcadia Publishing asked May to write the book after coming across the weekly newsletter she penned for the Carmel Clay Historical Society, where she previously served as vice president and program director. The Carmel edition released June 6 and is the fifth in the “Legendary Locals” series in Indiana, following books featuring Aurora, Auburn, Columbus and Fort Wayne.

Before agreeing to write the book, May – a first-time author – made a list of people she could include to make sure she could come up with enough content. That ended up being the easy part, she said, as she sometimes ran into roadblocks during her research and had to scratch some names off the list. But other names kept popping up.

“I could probably throw out a list for a volume two, but I’m not writing it,” she said.

May, a 1978 Carmel High School graduate, said she learned a lot during two years of research and writing. She found Worthington E. Hagerman, an artist and international traveler, to be the most interesting.

“His story is just so intriguing and secretive that you want to learn more,” she said.

Although she’s thankful that the book is done, her research inspired her to launch another project with historical ties. She is working with Clay Township Trustee Doug Callahan – former chief of the Carmel Fire Dept. – and others to raise money to place bronze plaques at two gravesites.