You are at:Home»Current in Fishers»Fishers doctor selected to serve Team USA at Olympics 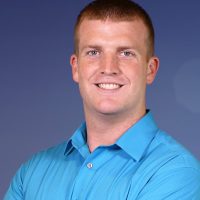 Peacock Family Chiropractic owner and chiropractor Dr. Kyle Peacock has been selected by Maximized Living to support members of Team USA Wrestling as they go for gold in Rio at the 2016 Summer Olympics.

“To be included in that selection process for Rio, you have to be certified by the Sports Performance Council, which is another certification process through Maximized Living,” Peacock said. “I had a dream of going, so I made sure I did everything I could to make sure I was set to go”

Peacock will be part of a group of 60 Maximized Living personnel working with athletes at the Rio Olympics.

“We’re there to help aid and support and just take care of those athletes,” he said. “It’ll be a fun and exciting experience.

Peacock has worked with and helped a couple of the Team USA Wrestling athletes in the past. For a sport that puts as much strain on the body as wrestling does, chiropractic treatments can play a pivotal role in athletes’ recovery.

“With wrestling, these guys are getting thrown down on the mat, put in headlocks and their heads are getting snapped all kinds of ways,” Peacock said. “After that kind of match, you’ve got to reset your body and focus on spinal alignment to make sure you’re ready to go and your peak performance afterwards.

“Aside from just a misalignment of the spine … you’ve also got those nerves coming out there that go to muscle and tissue and if they’re not receiving full you’re your performance goes down,” he added.

Peacock was a wrestler himself growing up in middle school, but focused on football during his high school years before going on to play collegiately. When he isn’t working with patients at his practice or treating Olympic-level athletes, he also works with several of the Mount Vernon High School athletic teams.

“The wrestling team there was really excited for me getting to go to the Olympics with USA Wrestling, and here I am taking care of a high school team, so they’re getting the same level of care the Olympic guys do,” Peacock said.

Peacock founded Peacock Family Chiropractic, at 11773 Commercial Dr. in Fishers, in 2014. His office will have to close for over a week this summer to accommodate his trip to Rio beginning Aug. 15, and the practice is planning to host a welcome back party upon Peacock’s return Aug. 24.