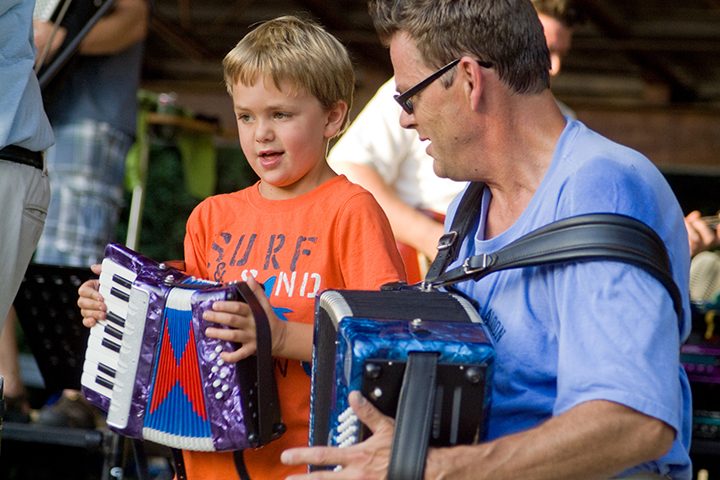 There is one constant about the Cool Creek Concert Series.

“This is our 22nd year and we’re proud of that fact that in all that time we never raised the ticket prices,” said Don Nicholls, resource development specialist for Hamilton County Parks and Recreation Dept. “They’ve always been and hopefully will always be five dollars. Children 12 and under are (admitted) free, of course.” The concerts, at 7 p.m. on Fridays, are held at Cool Creek Park in Westfield.

There are two crowd favorites, Polkaboy and The Flying Toasters, that traditionally pack the music pavilion area, Nicholls said.

“Polkaboy has a very local following in the Central Indiana area,” Nicholls said. “In fact, Polkaboy will launch the concert series (June 10) because we like to launch on a high note and create momentum for the balance of the series. The Flying Toasters are very popular with a lot of local clubs. They’ve played for us three of the past four years. We try to provide the audience what they like and we know they like Polkaboy and The Flying Toasters. The other three bands we try to rotate to create diversity.”

Nicholls said they are fortunate to be able to bring in Cook and Belle, a country group, on June 24.

“They are a high-quality act, the kind you see playing larger venues in Nashville (Tenn.),” Nicholls said. “Whether you are a country fan or not, they are great entertainers.”

The Colts in Motion exhibit trailer will be at the June 10 concert. Westfield Rotary will provide the food for sale at the concerts. There is a family fun zone for kids as well.