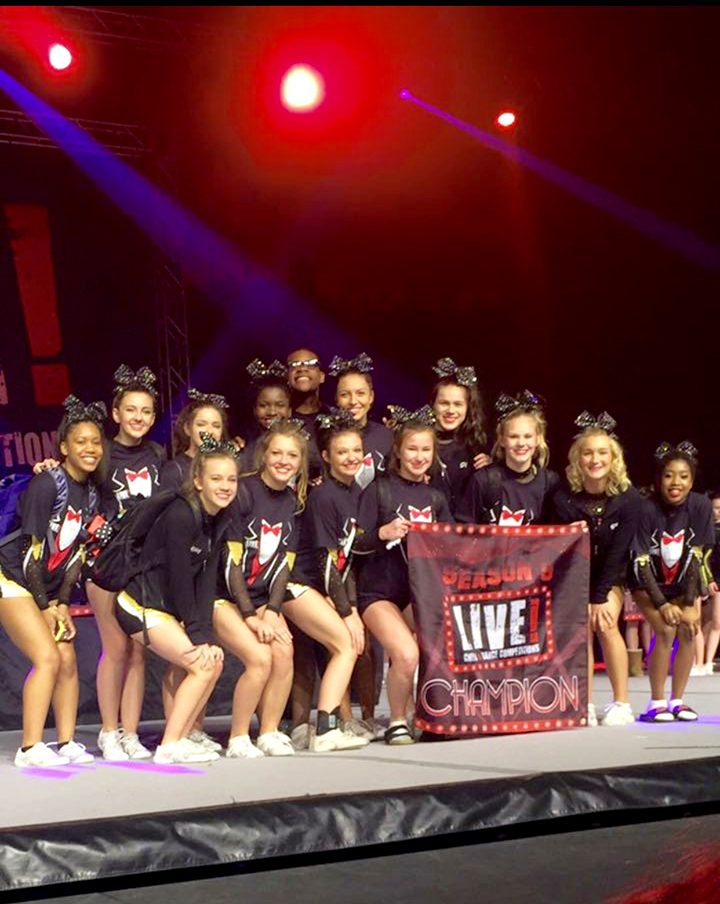 The Hollywood All Stars Cheer Team will compete in the Global Dance and Cheer Games in June in Hawaii. (Submitted photo)

Hollywood All Stars Cheer Team will be in great company when it lands in Hawaii.

The competitive cheerleading team, which is based in Carmel’s Hollywood Sports Center, got its biggest honor yet by earning a trip to Waikiki, Hawaii, to compete in the Global Dance and Cheer Games June 10 to 13. The team earned the spot in April in a vote by a panel of USA and international judges.

“We were chosen to represent the restricted level 5 event for the United States,” said Patrick Cowherd, one of the co-owners of Hollywood Sports Center. “We are representing with Cheer Extreme (Raleigh, N.C.) and California All-Stars, both past world champions. We’re honored to be in that category with them.”

Cowherd said the 20 team members come from all over the Indianapolis area. The age range is from 10 to 18 with 19 girls and one boy. Cowherd, Margi Beaver and Brooke Kibbler serve as the coaches. Beaver is the owner of the Hollywood All-Star program, which was started in 2008 in Indianapolis. Hollywood Sports Center opened last fall in Carmel.

Cowherd, a Carmel resident and former University of Louisville cheerleader, is the founder and CEO of PC Brands, which includes different cheerleading, dance and college recruiting companies.

Hollywood Sports Center is the only facility in Indiana that has been chosen to house Fortune Cheer Athletics, which is a recreational and low-cost cheerleading program backed by AAU for ages six and older. The FCA program will serve an area of 75 miles from around the facility.

“It’s basically an introductory level,” Cowherd said. “They can basically do a drop-in, but we’re forming teams. It’s introducing boys and girls to the sport of cheerleading and tumbling. There will be competition against other teams that are at their skill set, so it won’t be as much of a commitment as a normal All-Star team would be. We’ve been granted to do that. Nobody else in the county will be able to do that.”