You are at:Home»Night & Day»Entertainment News»Indie folk group Darlingside to play at The Warehouse in Carmel May 5 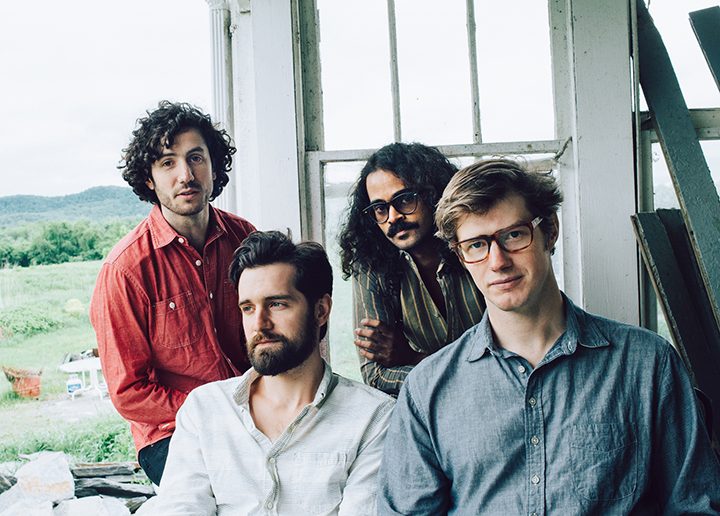 After a half-dozen years of playing together and knowing each longer than that, the four members of the band Darlingside have developed a writing and singing process that has grown side by side with their friendships. On their new album, “Birds Say,” the foursome put together a collection of songs created over the past three years in their kitchens and living rooms, on cabin retreats and while visiting each other’s childhood homes.

“We’ve become intimate with each other’s childhoods, families, fears, goals, insecurities and body odors,” said Auyon Mukharji, classical violinist and folk mandolinist for the band. “That kind of closeness is typically limited to romantic relationships. It’s gotten to the point where we often mistake each other’s stories and memories for our own.”

Darlingside will illustrate how some of that closeness translates into amazing four-part harmonies when the band visits The Warehouse for an 8 p.m. show on May 5.

The members of Darlingside met at Williams College in western Massachusetts. Mukharji and bassist Dave Senft were freshmen roommates and joined a singing group with banjo player Don Mitchell. Guitarist Harris Paseltiner joined the same group two years later. From there, the four bonded over a shared interest in songwriting, despite a diversity of musical backgrounds and performance styles including chamber music, choral singing, Celtic session playing and street busking.

“Birds Say” is a patchwork of the artistic and personal visions of four equal songwriters, and Senft said each song and set of lyrics “were created by all of us together, a sort of group stream-of consciousness. So we moved away from a single lead vocalist and started gravitating towards singing in unison, passing the melody around, or harmonizing in four parts through an entire song.”

Darlingside will be sharing the indie folk artist bill at The Warehouse with David Wax Museum. Special guest Haroula Rose will open. This will be a standing-room-only show and tickets are $20 in advance at liveforthemusic.com and $25 at the door.