You are at:Home»Current in Carmel»Carmel Community»Former exchange student raises money for Ecuador 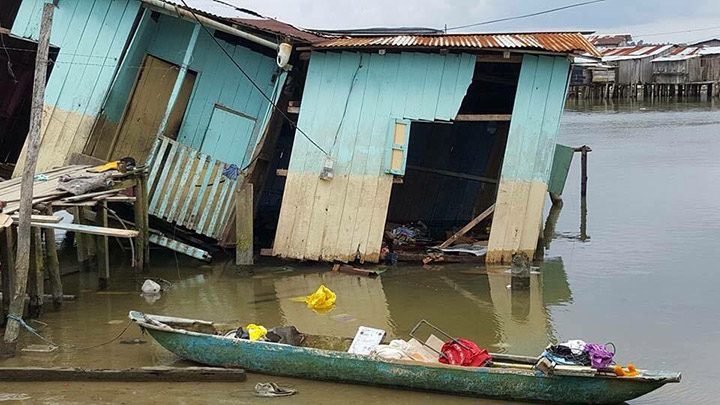 In 2012, Emi Benavides was a high school student from Ecuador living in Carmel as part of the Rotary Youth Exchange program.

Benavides, now 21, called Carmel her “second home,” because, “it is so safe and also I can walk around and not worry about anything.”

She returned to Ecuador after a year but kept in touch with her Carmel host families.

On April 16, a 7.8 magnitude earthquake hit Ecuador that killed 654 people and injured 16,600 more. Calls and texts flooded Benavides phone asking if she was OK, many from her “second home” of Carmel. 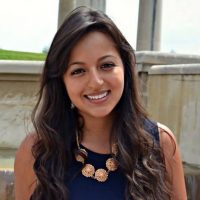 “The earthquake was strong, so I was trapped at my bedroom and I couldn’t escape,” she said.

Benavides was finally able to leave and saw that her family was still alive. She felt grateful that her house didn’t suffer major damages but she knew others weren’t as fortunate.

“I think it was a life changing moment that made me realize that I have another opportunity to live and that I can do something to help the ones who have lost everything,” she said. “With my friends from around the world, I know we can help our country.”

Friends from Carmel offered to send care packages, but Benavides knew she’d be OK, so she decided maybe she could help others. She decided to start a fundraising campaign on GoFundMe to provide a way for her friends in Carmel to contribute and help out Ecuador.

Benavides said the money will be used to help purchase supplies for some of Ecuador’s poorest neighborhoods in the Esmeraldas Province, which is a northwestern coastal area.

“The worst thing is that most of the donations are sent to other citie,s but Esmeraldas hasn’t received a lot of help with water, medicines and supplies,” she said.

She said Esmeraldas residents need mattresses, blankets and mosquito awning nets just so they can safely sleep. She said the area doesn’t have clean water or well-staffed hospitals. Some residents live in cane or wood houses and some school houses don’t even have roofs or chairs.

“Right now thousands of families do not have a place to live,” she said. “They don’t have a place where they can cook or use the bathroom and the trash is accumulating and generating health problems that will probably make people sick and die.”

City Council President Ron Carter knew Benavides during her stay in Carmel and is now helping her by setting up a U.S. bank account for Benavides’ GoFundMe campaign. All of the proceeds will be securely sent to Ecuador through Western Union, Carter said, and donors should know 100 percent of the money will go toward supplies for the needy, minus only GoFundMe fees.

In addition to staying with Carter’s daughter, Stephanie Lewis and her husband Mark, Benavides also stayed with Beth and Gary Sexton and Amy and Bryan Freyberger.

“Like the vast majority of Rotary International’s exchange students, Emi is an outstanding young person,” Carter said. “She is intelligent, dedicated to moving forward in life, and caring of those around her. The fact that she and her three fellow members of the Rotaract Club in her hometown of Quito, Ecuador, quickly jumped into action to help the families of their country did not surprise me in the least. That is just Emi.”

Benavides said she thinks $1,000 is a lot of money, but she wanted to “at least try” for her goal.

“We want to make people understand that this money will help all these affected people,” she said.