You are at:Home»Current in Carmel»Carmel Community»CIDE to perform Mixed Rep 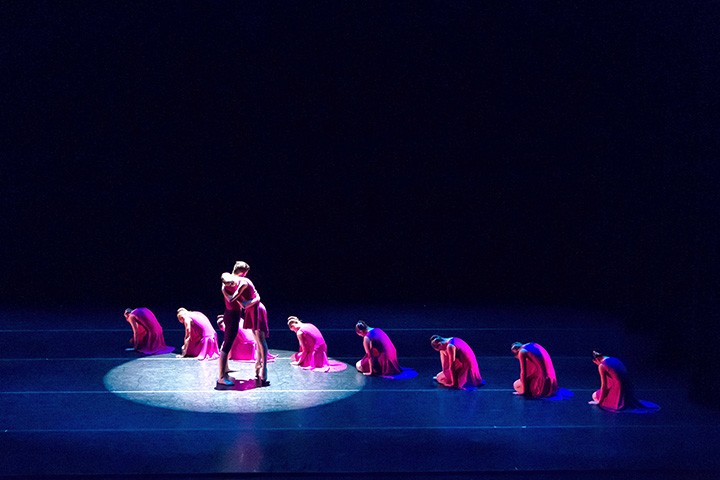 Central Indiana Dance Ensemble’s production on March 13 at the Booth Tarkington Civic Theatre is a little bit of this, a little bit of that and a quarter of “Swan Lake.” CIDE founder and artistic director Suzann DeLay could have called it “Mixed Bag.” But it’s called “Mixed Rep.”

“We call it that because we do a lot of different things,” said DeLay, a former dancer with the Sacramento Ballet before landing in Carmel almost 30 years ago. “We’re going to do several new choreographed pieces including one honoring Indiana’s Bicentennial and another from Eddy Ocampo, an internationally-known choreographer.”

The Chicago choreographer’s works can be seen in companies all over the U.S. and Russia.

“I know Eddy well, but I have never worked with him,” DeLay said. “We’re excited to be able to perform one of his pieces.”

Rounding out the program will be the performance of Act II from Tchaikovsky’s “Swan Lake,” the act where Prince Siegfried is separated from his swan-hunting friends at a lakeside clearing, just as a flock of swans land. In the scene, the Prince aims his crossbow at the swans but freezes when one of them transforms into a gorgeous maiden, Swan Queen Odette. She tells him that she and her companions are victims of a terrible spell cast in which they are turned into swans by day and only at night do they return to human form. The spell can only be broken if one who has never loved before swears to love Odette forever.

“We’re going to have a lot of swans, and one of my former students, Jakob Pringle, will play the Prince,” DeLay said. Pringle, who has enjoyed success as a professional, is one of several CIDE recipients of scholarships to many of the top companies and schools in the U.S.