You are at:Home»Current in Geist»Fortune Academy students putting spin on classic tale 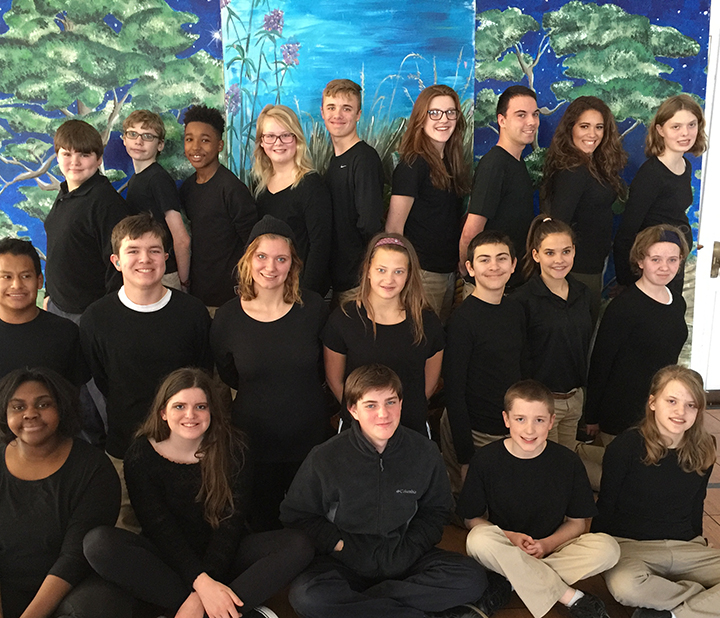 Everyone knows the classic story of Little Red Riding Hood, her visit to her grandmother’s house and a run-in with a big, bad wolf.

But the upcoming production of “Totally Red” presented by students in Take Two, the acting company at Fortune Academy, puts a series of half a dozen new spins on the old story.

“This is kind of a different one than we’ve done before,” Andrea Corey, the school’s director of development, said. “We’ve done things like ‘Wizard of Oz’ and ‘Peter Pan’, but this is called ‘Totally Red’ and it’s six total little renditions of Little Red Riding Hood, like there’s a western version and they all have a different twist on the wolf and each one has a little different Red Riding Hood and the wolf scenario. It’s really interesting.”

Performances are at 7 p.m. March 3 and March 4 and at 11 a.m. March 5 at the Theater at the Fort, 8920 Otis Ave., which was recently reopened by Partnerships for Lawrence. Judy Byron, the organization’s executive director, has previously been involved in summer camps at Fortune Academy and the school’s Take Two acting group plans to move all its shows to the theater beginning next school year.

“This is the first time we’ve done one outside of the school to kind of a broader audience,” Corey said. “It lets our kids have a stage rather than a gym floor… Our performing arts program has really blossomed in the last few years, so it’s a big win-win for us to have something we can open up and plug into their rotation at the theater.”

The vignette-style “Totally Red” allows for approximately 20 students to be cast in main parts, but roughly 50 of the nationally ranked private special needs school’s 90 students will be involved during the March 3 and 4 showings as they’ll perform dances and songs between the show’s scenes.