You are at:Home»Current in Zionsville»Inglenook pocket neighborhood coming to Zionsville 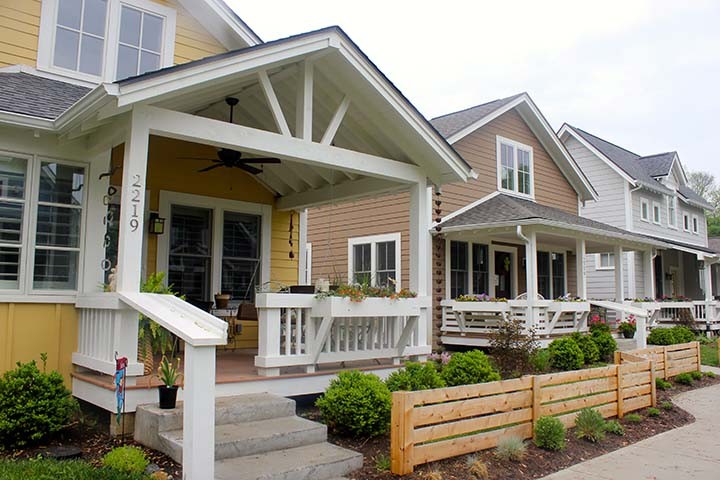 The pocket neighborhood concept is coming to Zionsville.

Inglenook of Zionsville will feature 48 cottage homes clustered in small groups around common green spaces. The development will be on 17 acres of woodlands just south of 106th Street on Zionsville Road. The exact name of the neighborhood is to be determined.

Megan Leahy, Inglenook marketing director, said the concept of a pocket neighborhood is very new to the Midwest and Indiana.

“Casey Land, our builder, is the first to bring the concept of Ross Chapin’s pocket neighborhoods and front porch living to Indiana,” said Leahy, Land’s daughter.

Land has built one other pocket neighborhood in Carmel off 99th Street and Maple Drive. There are 27 homes on five acres on that site.

“In Indiana, you are used to the oversized pretty much everything,” Leahy said. “This is about an instant community you move into.”

Leahy said the front porch plays a large part in the community and homes.

The front porches act as an extension of the home – they’re even large enough for a picnic table and family dinner.

There will be one two-bedroom home, called a Betty design. There also will be three- and four-bedroom homes, a Plumrose design.

Leahy said they are working on the first phase of the neighborhood and have sold three of the 16 homes. Home construction will likely begin in early summer.

“Each home is situated on their personal lot,” Leahy said. “The exact size of the home sites will vary depending upon the footprint of the home on the given lot.”

Leahy said there are huge windows with lots of natural light.