You are at:Home»Current in Carmel»Carmel Business Local»The Beauty Lounge to relocate, expand 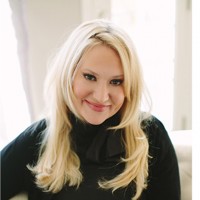 Eva Harris is only 28 years old, but she’s built a thriving business at The Beauty Lounge, located on Main Street in Carmel. There are more than 4,000 clients in their database and customers book appointments far in advance for their high-demand salon services.

Now she’s expanding her business and relocating to 116th Street and Keystone Parkway in the Merchants Pointe shopping center, near McAlister’s Deli and other businesses. She’s increasing her square footage from 2,300 square feet in a three-story town home to a 5,000-square foot one-story building. She’s going from limited parking — some on street spots along Main Street and a garage within walking distance — to a dedicated parking lot for her customers.

“I’m doubling everything,” she said.

Harris plans on increasing her staff from eight employees to somewhere between 15 and 20. She’s bringing a doctor and nurse on board to expand into treatments involving a Cutera laser she purchased. She’ll be able to offer laser hair removal and spider vein treatments with the laser and the nurse can give filler injections and Botox treatments as well.

In all, the new space will offer hair services, makeup services, facials, body treatments, facial/body waxing, pedicures, manicures and massages. There will be a boutique for selling high-end products, a beverage bar and a spa area with meditation rooms, locker rooms for men and women, saunas and steam showers.

“It’s truly like a one-shop stop,” she said. “Everything from head to toe. We’ll be the only space in the state of Indiana that offers everything we offer.”

Harris recruited business partners (who did not want to be named for this article), who now have 50 percent equity stakes in the business.

Build out will be done in two phases with the first half done around the beginning of March. That will allow the current staff and services to move in without any interruption in business. The second phase should take another month and will allow for the expanded services. A grand opening hasn’t been decided but is possible for April.

The youngest of four children, Harris is originally from Huntington, Ind. and moved to Fishers two weeks after graduating high school to begin cosmetology school. Her first job was at David and Mary Salon Spa at Clay Terrace. She built up a clientele there and opened her own studio called Rock and Chic Studio before opening The Beauty Lounge about four years ago. She was named a top stylist by Indianapolis Monthly, and she has styled hair for reality TV star and Playboy model Kendra Wilkinson for photo shoots.

Harris said it’s been a journey opening up The Beauty Lounge, saying it felt like a rollercoaster at times and she had setbacks and moments of doubt. But she said she’s persevered and is proud of her team for helping her build up her business to where it is today.

“I like to promote hard work and staying focused and seeing things through,” she said.