You are at:Home»Current in Carmel»Carmel Community»Snapshot: Transit day at the Statehouse 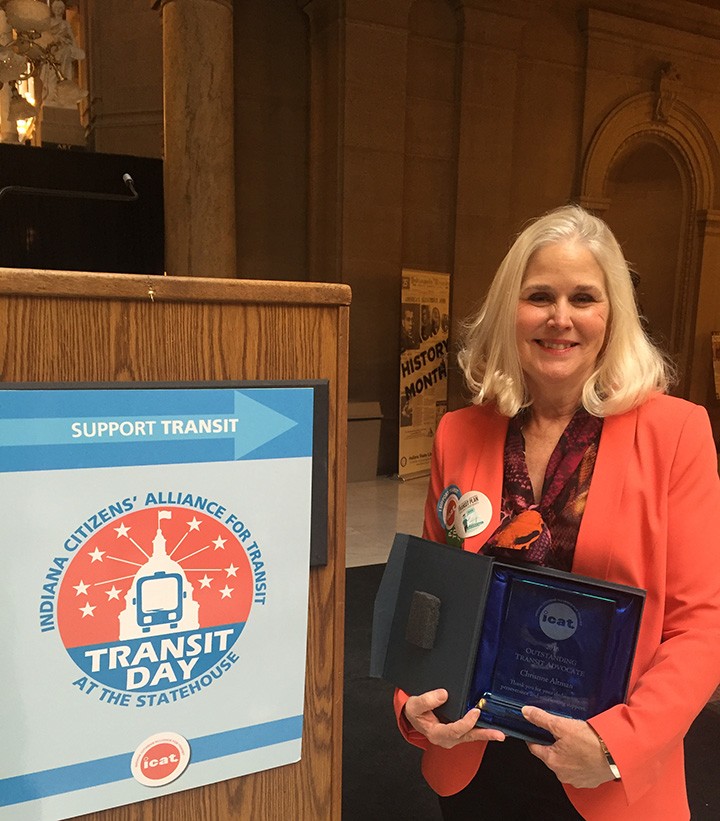 Transit supporters converged at the Statehouse Feb. 11 to share stories of how Indiana’s transit resources do not meet current demand or take advantage of the economic opportunities transit can offer. Hamilton County Commissioner, Christine Altman helped craft legislation that created the Central Indiana Regional Transit Authority (CIRTA) in 2004. She served as CIRTA’s first board president and played a critical role in recruiting suburban counties to the organization. She was president until 2014, and continues to serve on the board. (Photo by Adam Aasen)