You are at:Home»Current in Fishers»Sam Adams earns Mr. Royal nod 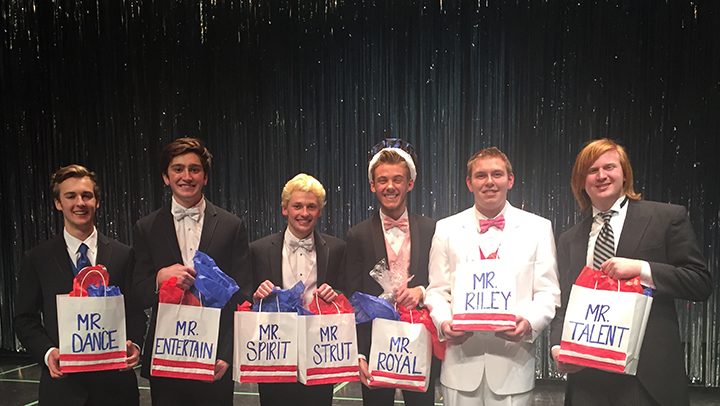 Hamilton Southeastern High School senior Sam Adams has had some special high school moments, such as playing the male lead role in the musical “Legally Blonde” in 2015 and performing in Royal Edition, the school’s top choir.

“It was by far one of the most fun experiences I’ve had in high school,” Adams said. “Most of the guys don’t have the performance background, so being able to share that experience with them was special to me. They all brought their separate energies to the table. Everyone was so much fun to work with and I had a really good time.”

As a bonus, Adams was awarded the crown of Mr. Royal by a panel of judges. Adams performed as his own quartet singing “Coney Island Baby,” with pre-recorded videos performing the other three parts. Adams had the various versions of himself arguing for comedic effect.

“I edited it together and then sang the fourth part live,” Adams said. “From the crowd reaction, I knew they enjoyed it, but I was never really certain about winning.”

While winning was a goal going in, just participating was the main draw for Adams.

“All of us made an agreement we would stay friends,” he said. “Which is good because I really look up to these guys, all are very confident in their character and they have to guts to do something like that.”