You are at:Home»Current in Fishers»Educators get USMC experience 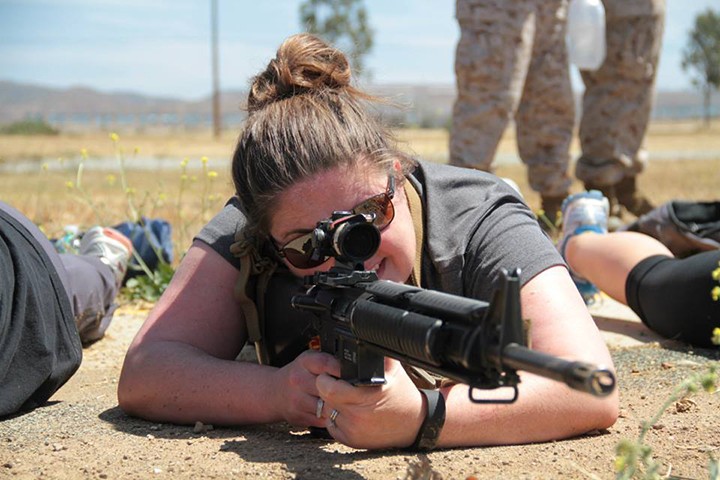 Ever wondered what it takes to be a Marine? Each year, educators all over the nation are given an option to participate in a Marine Corps Educators Workshop.

“Every year we take teachers from all over Indiana and send them to Marine Corps Boot Camp for a week,” Sgt. Tyler Mitchell said. “This year it is from Feb 1 to the 5. During this workshop teachers learn how their former students are transformed into Marines.”

HSE High School teacher and baseball coach Scott Hensen was chosen as one of HSE’s teachers to participate in the February trip.

“I can’t remember exactly who it was but one of the recruiters told me about the program,” Hensen said. “This was the end of last year and he reminded me again recently and I said, ‘Yeah, I would love to see what the program is all about.’ My biggest thing is it will be good to go and watch the training regiment and see how they get those guys to really commit to what they’re doing and become one of the best fighters on the earth.”

HSE Dean of Students Holly Reine had a chance to take the trip herself once before.

It was worth it. They fly you out to San Diego,” Reine said. “A white bus like what the Marines get picked up in picked us up. They were all nice and they took us to our hotel and we had a nice dinner the first night. Then the next morning they load us on a bus at 6 a.m. in that same white bus. Then they just start yelling at you to get off the bus.”

Reine said that while they aren’t as tough on the educators, the experience gives you an idea of what the recruits have to go through.

“Some people think it’s funny but some get super nervous,” Reine said. “They basically walk you through everything that a marine would go through his first day. They didn’t berate us as much as a young kid, but they do yell at you.”

Educators get to experience various training routines the recruit marines do.

“The second day is when you get your but kicked and you’re running around, walking a lot and learning,” Reine said. “You do the obstacle courses. They next day we went to Camp Pendleton and we went to the shooting range and we got to shot the guns.”

Both Reine and Henson said that the program allows teachers to become better educated about the armed forces.

“Kids always ask or talk about going into any kind of armed services. You could say ‘Oh that would be a great idea,’ but then you realize you have no idea.” Reine said.

“There’s a lot of lessons they learn and I think that can be translated to the baseball field and classroom and life in general,” Henson said. “I think they want to reach out to educators that way if any of the kids reach out to us and have questions; this way we can say we’ve been there and seen it.”