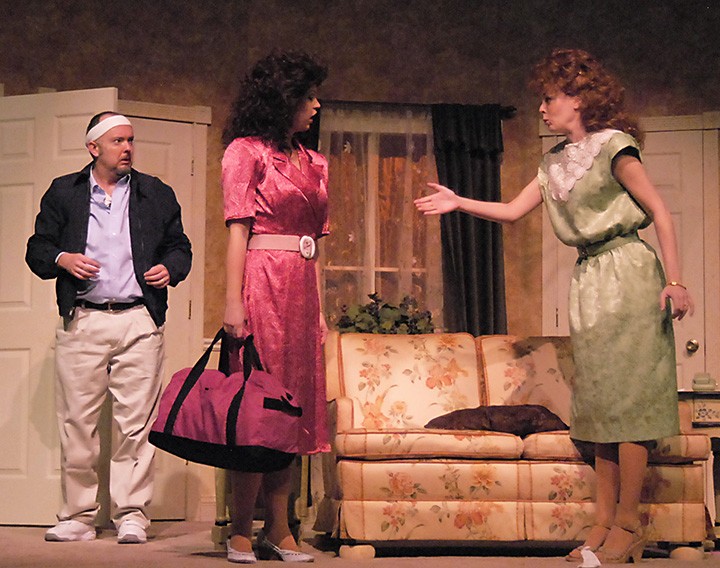 He’s back! And so is the rest of his crew.

Veteran actor Eddie Curry returns to reprise his role as the two-timing John Smith in Beef & Board Dinner Theatre’s season-opening “Run for your Wife,” Dec. 29-Feb. 7.

In one of his favorite roles as a cab driver leading a double life, Curry gets to re-spin some very outrageous alibis and white lies as his character scrambles to keep his life and marriages to two different women from unraveling.

“It will be a little different for me this time, and I may modify some of the physical stuff a bit,” said Curry, who first played the role on the B&B stage seven years ago. “Generally, when reprising a role in the past it has been easier. I am fortunate to share the stage with many of the actors I did the show with last time, so in theory it should be easier.”

Sarah Hund returns as Mary Smith and  Jeff Stockberger is back in the role of Smith’s neighbor, Stanley Gardner. Erin Cohenour stars as John’s other wife, Barbara. It’s actually the same quartet that starred in B & B’s recent production of “The Addams Family.”

“Sarah is such a funny and giving actor,” praised Eddie. “In other words, if this were basketball, she knows how to set up the points for others and she can slam it home when she is wide open. I like basketball, but I love Sarah Hund.”

“Run for your Wife”