You are at:Home»Current in Carmel»Carmel Community»Carmel woman touts benefits of moving to Central Time zone 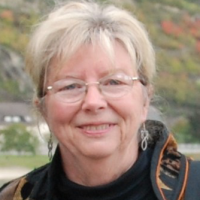 Winter officially began Dec. 22, which also ushered in the longest night of the year. As the daylight hours begin to once again slowly lengthen, many students and adults are still facing weeks of hearing their alarm clock long before the sun comes up.

Sue Dillon wants that to be a thing of the past in Indiana.

Dillon, president of the Central Time Coalition, believes that moving away from the Eastern time zone could make the state safer and provide other benefits, from reducing school delays and broadcasting TV shows an hour earlier.

“We are confronted with a sunlight situation that is detrimental to citizens in Indiana,” said Dillon, a Carmel resident.

Dillon started the Central Time Coalition in 2009 after a local tragedy struck close to home. Carmel High School student Ziang Ke, 15, was waiting for a school bus at around 6:45 a.m. one winter morning when he slipped on ice and was hit by a school bus. Neither the driver nor students on the bus could see Ke because of the darkness outside, and they continued on their journey to school without knowing what had happened.

“This boy was the only child of a Chinese family that had come to Carmel. They had left China two years before and had come to Carmel to give their son the best that they could. And now he’s dead, and it’s because of our sunlight situation,” Dillon said. “Indiana is broken.”

Although it’s been six years since the tragedy, and the coalition has grown to 2,000 members, Dillon is still fighting to urge legislators to listen to and consider her group’s cause.

“The procedures (the Dept. of Transportation) adopted by 1971 was that a request for a time zone change could only come from the highest elected official. And for an area, or the entire state, that has to come from the governor or the General Assembly,” Dillon said.

But, even if the General Assembly would pass a resolution, the U.S. Dept. of Transportation would still have to make the final decision. Although the road to change is a long one, Dillon will continue to work to get the topic before state leaders and others.

“They need to discuss it,” Dillon said. “That’s what we want to happen. That’s what we’ve asked for for six years.”

To learn more about Hoosiers for Central Time, visit hoosiersforcentraltime.com/