You are at:Home»Current in Zionsville»Zionsville Police Dept. officers honored at banquet 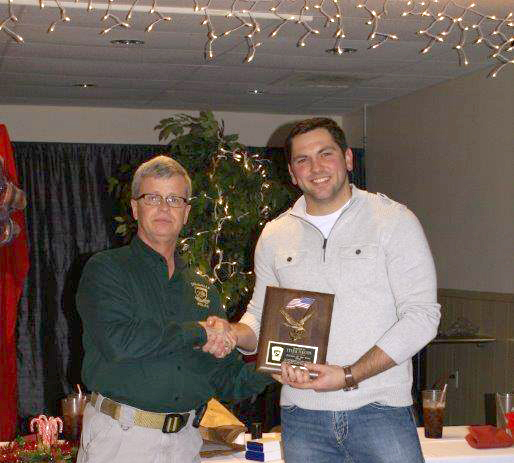 The Zionsville Police Dept. recently held its annual awards banquet. Among those recognized and awarded for their service were a number of officers and administrative workers.

Both officers Joe Dennemann and Tyler Haston received the “Officer of the Year” award – Dennemann for his years as an officer and for administering an overdose treatment drug to a reported victim, and Haston for rescuing a choking victim at a local restaurant.

Administrative assistant Michele Peebles was also recognized for her work.

“I think these folks need to have a night out where I can say thank you for the outstanding work you’ve done throughout the year and really get them a chance to be recognized,” Knox said.

For Knox, the honors are about more than longevity in years served on the force.

“I want to recognize the work people do, not just how long they’ve been here, though that’s certainly a part of it, too,” Knox said. “At the end of the day, I sit down with my division captains and we decide on who we feel has really excelled and deserves it.”