You are at:Home»Current in Zionsville»Lack of brewery makes Boone County a ‘beer desert’ 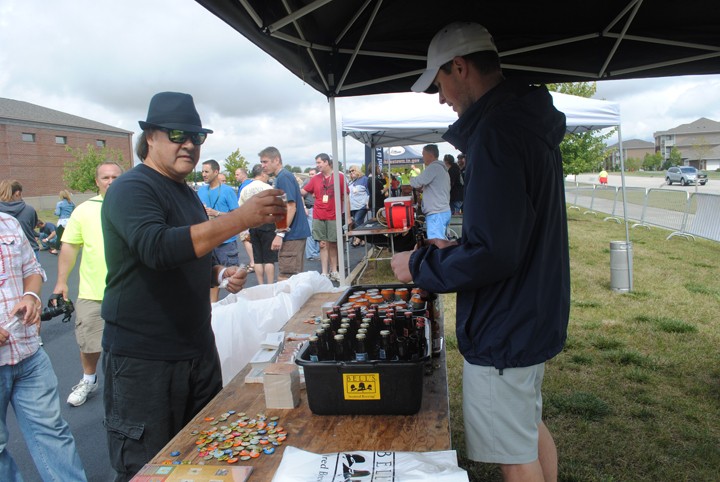 By Sam Elliott and Heather Lusk

There’s one at 96th and Michigan. There’s another one in the Village of West Clay, and there’s one in Carmel along 116th Street. And yet Zionsville still lacks something that appeared on the wish list for the town’s master plan.

“I’m baffled by it, too,” Bob Harris, manager for Harris FLP, said. “I thought for sure there would be one by now.”

The Boone Co. Economic Development Corporation agrees — and is hoping to bring a local option for craft beer into the “untapped” market.

“We definitely think, looking at the demographics of Zionsville and Whitestown, it shows that there’s a younger crowd there that has a little bit more disposable income. Those are exactly the sorts of individuals we think microbreweries really tend to market to or appeal to,” Molly Whitehead, executive director of the Boone Co. EDC, said. “We think we’re really just kind of primed to that development with microbreweries.”

Whitehead said Zionsville has several places that could be a good fit for a brewery.

“We’ll keep hitting the pavement here trying to tout the community and what we have to offer,” she said. “We just kind of call this the ‘beer desert’ here in Boone County because we don’t have anything.”

The Boone Co. EDC used the Whitestown Brew Fest Sept. 19 to kick-start its marking efforts, as the event brought nearly 40 breweries to the area.

“Actually as a result of that event and marketing directly to those companies we had about three or four companies reach out to us in the matter of a couple days after that event,” Whitehead said. “We’ve been actively working with several of them, showing them sites. Primarily the interest we’ve seen so far has been in Whitestown and Zionsville both. We’re just trying to get one or two of them to finally make that commitment and make that announcement. We think we’re pretty close.”

Harris FLP owns a large amount of property in Zionsville and Harris said that he has spoken with a lot of microbrew and brew pub owners and investors hoping to spark some interest.

“I’ve just had interest,” Harris said, emphasizing that nothing is planned yet. His property of focus is on South Main Street, at the southeast corner of Bennett Parkway. “I think it would be a great spot for it,” he said, “as well as it would be a great spot for a lot of other stuff. Most recently there’s been a lot of interest in Zionsville for a brew pub. I think the time’s coming.”

If he is successful, he anticipates a new building would be constructed on the site where there is currently a parking lot. He expects additional parking would be added to the area owned by Harris FLP that is undeveloped.

Whitehead said the Boone Co. EDC has also been looking across the Indianapolis metro region as well as statewide and even across Indiana borders for microbreweries that may not wish to move their headquarters to the area but could expand with a second location, similar to Indianapolis-based Sun King and its latest operation in Fishers.