You are at:Home»Current in Carmel»Carmel Community»Indy Connect mass transit Red Line planned from Westfield to Greenwood

Sean Northup, the assistant director of the Indianapolis Metropolitan Planning Organization, presented an update on the area’s mass transit plans to community leaders, legislators and transportation industry professionals during the All-County Legislative Breakfast Fall Forum Nov. 13 at The Mansion at Oak Hill in Carmel. 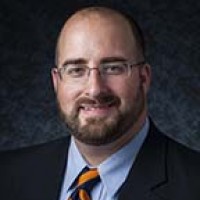 The main topic of Northup’s update was Indy Connect, the region’s initiative of transit plans involving a series of electric bus rapid transit lines — with the first phase of the initial line, which will include bus stations and some road expansions, scheduled to begin construction in the spring of 2017.

“Bus rapid transit has become the state of the art in transportation technology,” Northup said. “The whole idea with bus rapid transit is that it can mimic all of the characterizations of light rail generally at a fraction of the cost.”

Phase 1 of the system’s first line, the Red Line, aims to open in the fall of 2018 as long as Indy Go — the current mass transit operator of Indianapolis — has its request for 80 percent of the Red Line’s funding through the Federal Transit Administration approved in the spring’s federal budget.

Phase 1 of the Red Line will run from Broad Ripple through central Marion County to the University of Indianapolis, with approximately 28 stops recommended as buses would arrive at each station every 10 to 15 minutes on average.

“Fifteen minutes is a very, very important threshold because that’s the point when you stop checking a schedule and you just go off the line and jump on the transit when it comes, because it’s coming soon,” Northup said.

The Indy Connect plan would also extend the area’s bus system’s hours of operation from approximately 14 hours per day to about 20 hours per day, running from 5 a.m. to 1 a.m.

Phase 2 would bring the Red Line into Hamilton County, as far north as Grand Park in Westfield, but a tax referendum would need to be approved by voters first to extend the Red Line past Phase 1.

“In 2014, a bill passed that enables a referendum on the county basis in six counties in Central Indiana to ask for a dedicated income tax for transit ranging somewhere between one-tenth of one cent and one-quarter of a cent,” Northup said. “It seems possible that a referendum could run at least in Marion County in 2016, if not in Hamilton County or portions of Hamilton County as well as maybe portions of Johnson County.”

In addition to the Red Line, the Indy Connect plan includes proposals for four other lines — Blue, running along Washington Street from the airport to Cumberland; Purple, running along 38th Street from Lafayette Square to Lawrence; Orange, running from Carmel to U Indy along Keystone; and Green, running from Noblesville to downtown Indianapolis along the old Hoosier Heritage Port Authority rail line.