You are at:Home»Current in Fishers»School of Rock comes to Fishers 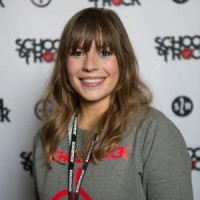 Training to be a rock star is no easy task, but fortunately those who aspire to make it big on the stage can join a school specifically designed to set you in the right direction. Opening in Fishers the first week of November, School of Rock is a place for kids and teens to learn the fundamentals of being a Rock and Roll musician.

Currently located in Carmel, owner Elyse Causey felt that there was always a need to add a second location in Indiana, it was just a matter of the right time and place.

“From early on, and after we opened Carmel, we wanted to open a second location but wanted to wait until we found the right spot,” Causey said. “We always kind of thought that Fishers; there’s a lot of kids and families there and so we had decided we want to do Fishers. We finally found a spot at 116th and Olio. I really think we’re in a good spot there.”

Causey said that while there was some interest in the Carmel location from Fishers residents, the drive made it difficult to attend.

“We’ve had a lot of people interested in Carmel, but didn’t join because it was a little bit too far and it wasn’t in their weekly routine,” Causey said. “We had more Fishers kids in the summer camps because that’s just a week out of the summer so it’s usually a good option for someone who lives a bit further.”

Since communicating with the Fishers community through schools and word of mouth, more of an interest has picked up for the new location.

“We’ve got a lot of interest now that we are opening in Fishers,” Causey said. “A lot of people calling saying it’s right near their house and they’re really excited that it’s a lot closer to them.”