You are at:Home»Current in Zionsville»Zionsville dentist collecting candy for troops today in Stonegate

Correction: A previous version of this story stated that the date for the candy buy back was Nov. 1. The correct date is Nov. 2 from 4-6 p.m. Current apologizes for any confusion. 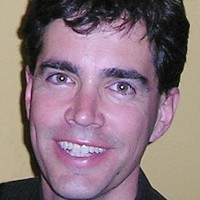 At first, it sounds like a kid’s worst nightmare, the result of an overly dutiful parent, until young trick-or-treaters are told how much their donation helps others on the other side of the world.

The Martine Dentistry at Stonegate, operated by Dr. Gary Martine, is once again holding its annual candy buyback program the day after Halloween. The program accepts donations from any parents or children wishing to donate their unused or extra candy between the hours of 4 p.m. and 6 p.m. Nov.2. The candy is then sent to service members overseas.

“Part of that, of course, is that they can eat it, but it’s really for giving to the kids,” Dr. Martine said. “They’re going to a war environment and and they want to build rapport and let the [local]kids know they’re OK. They share it with the locals a lot.”

Children or their parents can receive one dollar per pound of candy, which Martine says serves as an incentive for kids to relinquish their hard earned sweets.

Over the past six years, Martine has collected more than 1,200 pounds of candy.

“It’s more about being involved in the community as much as we can and just trying to find something that we could do that promotes good health and also does a service, so it’s a win-win for everyone,” Martine said.

“It’s a fun community time, and the biggest joys are the parents that appreciate it the most,” Martine said.

The Martine Dentistry at Stonegate is at 7635 E. Stonegate Dr. in Zionsville.