You are at:Home»Current in Fishers»Fishers earns two recognitions for environmental sustainability 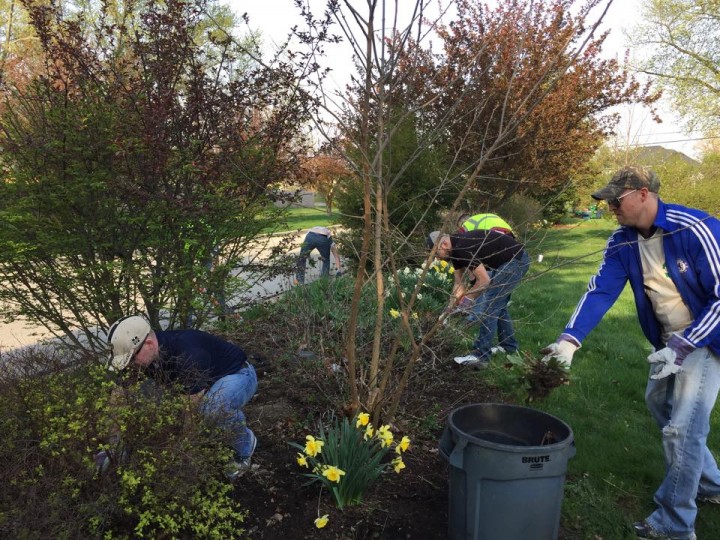 Residents volunteer at the Keep Fishers Beautiful event, just one of the city’s endeavors to the environment. (Submitted photo)

Many of us are doing our best to attempt to “go green” in our daily practices to help provide a healthier environment. While this may be a new practice for some, the city of Fishers has been practicing green standards for years.

For it’s eighth year in a row, Fisher has received the Indiana Department of Environmental Management’s CLEAN Community award, something that eco-conscious residents should certainly applaud.

“To be named the eighth year in a row is quite an honor and I hope it’s something that the residents take a lot of pride in because it speaks to how thoughtful and forward thinking our community is. Not just the residents that live here but the city staff,” Fishers Deputy Mayor Leah McGrath said.

In order to achieve the award, the city must set certain goals regarding eco-friendly practices and not only achieve those goals, but also continue to plan new goals for the future.

“You have to submit a pretty thorough application to be designated an IDEM CLEAN Community,” McGrath said. “You not only have to show what you’ve already accomplished, you have to demonstrate what you’re going to achieve in the next four years as well. IDEM; they’ll look at how we are behaving as a CLEAN community, did we achieve the goals we set last time around and then they will look at what our goals are for the future.”

In addition to completing its five quality of life challenges, Fishers has set its next set of objectives scheduled to be complete by 2018. These include further reducing vehicle emissions of city vehicles, increase energy conservation in municipal buildings and increasing the city’s forestry budget. Fishers will also add walking and biking trails and plans to develop rain and community gardens within the city.

While receiving the award may be a common occurrence in some cities, Fishers ability to receive the award for eight consecutive years demonstrates its dedication to remaining an environmentally conscious municipality.

“It’s not uncommon that communities get the award more than once, but I think eight times (in a row) really demonstrates our commitment to this award,” said Casey Cawthon, marketing and public relations manager. “We love the recognition but we much more love the fact that we are planning for future sustainability and things like that.”

In fact, Fishers’ organization in environmental sustainability is carried out so well that IDEM actually uses their methods as a model for other cities looking to become a CLEAN Community.

Within weeks of receiving the award the city also was designated by the Indiana Association of Cities and Towns as Green Community of the Year, another accolade demonstrating Fishers devotion to environmental conservation.

“We received the Green Community of the year award from the Indiana Association Cities and Towns. I believe it was a 40 page application that looks at what we’ve already accomplished but also what we hope to accomplish in the future,” McGrath said. “Having both of those awarded in the same few weeks, again speaks volumes to the great, smart, proactive work that’s happening here to keep our community vibrant and sustainable.”