You are at:Home»Current in Zionsville»Zionsville band to perform old-fashioned concert 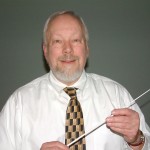 The Zionsville Concert Band will perform in the Sheridan Veterans Park midway through its 2015 concert schedule on Sept. 12. The free event from 5 to 6:30 p.m. is open to the public.

Visitors can bring food or drink — aside from alcoholic beverages — and are encouraged to bring chairs or blankets. Sheridan has hosted this concert for the past four years with Zionsville’s band performing annually.

“Each year it grows a little bit,” Martin said.

The brass and percussion concert band will play a variety of tunes, ranging from Broadway to patriotic.

The Zionsville Concert Band was established in 2002 to perform once during Zionsville’s sesquicentennial celebration.

“We had so much fun we stayed together,” band director John Richardson said.

The first rehearsal had 14 members, the first concert had 27 members and now roughly 50 people are part of the band, Richardson said.

In the past, virtually every small town had a community band, but Zionsville hadn’t had one since the 20s or 30s.

The band is open to anyone who would like to participate. Along with weekly rehearsals from February through mid-December, they perform approximately a dozen concerts each year.

Richardson, who was a church musician for 34 years, invites anyone with musical experience to come to rehearsals.

“There is no audition,” he said. Performers are amateur, professional and in between.

“We exist because of our lifelong love of music,” Richardson said.