You are at:Home»Current in Carmel»Carmel Community»Teens aim to build school through Pencils of Promise Indy 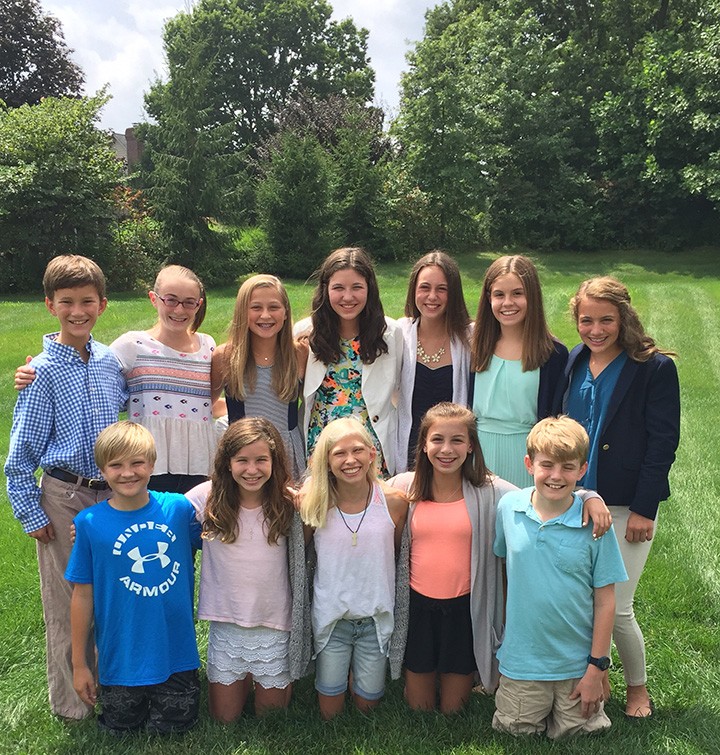 You don’t have to be big to make a big difference.

Just ask Anna Tobias. The 13-year-old Carmel resident and her friends have come together to form Pencils of Promise Indy, an organization seeking to raise money to build schools in developing countries.

Since 2009, Pencils of Promise has built more than 300 schools and reached more than 33,000 students around the world according to its website.

Tobias was inspired to start a local chapter of the national organization after reading The Promise of a Pencil: How an Ordinary Person Can Create Extraordinary Change by Adam Braun, Pencils of Promise founder and CEO. She decided to share the book with her friends.

“She sent me the book, and I read it, and then she invited us over for cookies and to talk about the book,” said Annie Leppert, a Pencils of Promise Indy member from Indianapolis. “Then we just got started. We got started on it that day.”

Since forming Pencils of Promise Indy during winter break last year, Tobias and her friends have raised $3,120 after making a speech and fundraising at her spring choir concert at Carmel Middle School. It’s an impressive number, but not their goal.

For a group of middle school kids, though, their efforts are already sizeable – enough that Tobias was noticed by founder Braun himself.

“I sent him a couple emails and I sent him the video of me giving my speech at our spring concert, and he was blown away, and that’s crazy to me,” Tobias said.

Tobias said Pencils of Promise Indy’s next fundraising event set for Sept. 12 at Grandin Hall, a Carmel neighborhood off of 146th street across from Grace Church. It will include food trucks, a DJ, games and other activities.

It seems like a lot for young teenagers to take on, and Tobias said her age can be daunting when making plans.

“Sometimes it’s scary talking to various businesses, because maybe they won’t take us seriously because we’re only in middle school,” Tobias said.

According to Tobias, though, the hard work is worth it.

“For these kids, [school]is what they want to do,” she said. “It changes their lives and it changes their families’ lives, and that’s what motivates me.”

For more information or to make a donation to Pencils of Promise Indy, visit https://fundraise.pencilsofpromise.org/fundraise?fcid=394852.