You are at:Home»Current in Carmel»Carmel Community»McCoy to retire as The Garden pastor 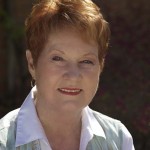 Linda McCoy has been the lead pastor of The Garden since it started its non-traditional worship services at Beef & Boards Dinner Theater in Indianapolis.

So the 70-year-old Carmel resident will retire Oct. 1, with her final service scheduled for Sept. 27.

The Garden has been connected with St. Luke’s United Methodist Church, but is in the process of ending that connection and forming its own congregation. The Garden has two Sunday services at 8:45 and 10 a.m.

“It’s reaching the point where I knew it needed energy to go to the next phase that I didn’t have at this point,” McCoy said. “So I decided it was the right time. I’m very excited with the person who is coming in. I think she’s the right person. I think it will move forward in a vibrant way so I think it’s all turned out well.”

“We try to blend sacred and secular to the greatest degree that we can to help people understand God is wherever we are,” McCoy said.

“So a lot of the music they used was from my era,” McCoy said. “A lot of the groups they use I don’t know today, but that’s what we do to stay current.”

McCoy and her husband Mike have lived in Carmel since 1977. McCoy’s daughter, Erin, is a Carmel High School graduate who lives in Carmel with her husband and daughter. McCoy has been a minister for more than 30 years. Previously, McCoy was a junior high French teacher in Washington Township in Indianapolis and in Bloomington.