You are at:Home»Current in Zionsville»Three new restaurants prepare to open at Anson 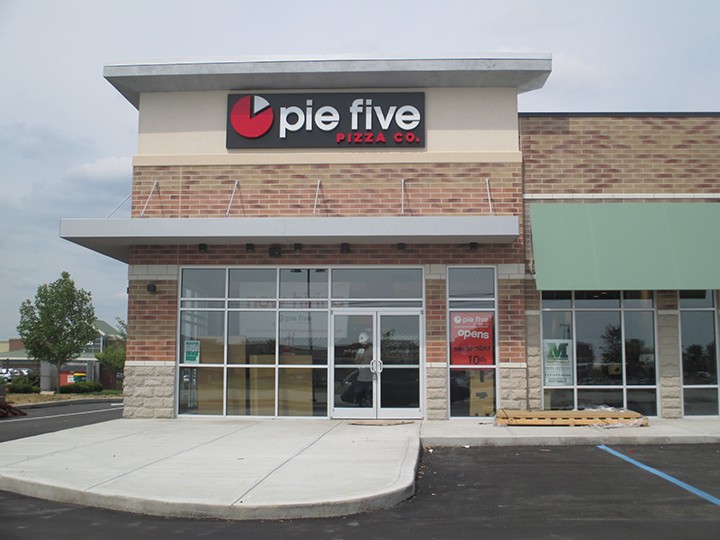 By the end of the year, Zionsville and Whitestown area residents will have three new and very different restaurants to enjoy. Gandolfol’s Deli, Pie Five Pizza and Buffalo Wild Wings are all scheduled to open in Anson in the coming months.

First introduced in the Dallas area in 2011, Pie Five Pizza is opening its second Indiana location in front of the Meijer at Anson. Its restaurant in downtown Indianapolis opened July 24, joining nearly 60 other locations throughout the country.

“It’s five minutes from the start of the line to the end of the line,” said Christopher Dissette, vice president of operations for Pie Five, citing “state of the art oven technology” that cooks the pizza so quickly.

“It’s going to be quick service and great service,” he said.

Anson’s Pie Five franchise will have the company’s first drive through, which is expected to become available about six months after the grand opening.

Pie Five creates a specialty pie in every state in which they have franchise locations. The Indiana pie is in the works, according to Dissette, and will include ranch dressing, bacon and mozzarella cheese.

With a grand opening set for Sept. 21, Gandolfo’s Deli will be in front of the Anson Meijer.

Franchise owner Didak Patel decided to open Gandolfo’s Deli after a friend suggested he try the food, which he felt was better than other franchise delis.

This new prototype of the franchise will include new bread options and different salads.

Both Gandolfo’s Deli and Pie Five Pizza are currently hiring.

Construction is underway on the old DC Pub location in the Marketplace at Anson. According to workers on site, it should be ready to open as a Buffalo Wild Wings in roughly three months.