You are at:Home»Current in Zionsville»Starkey trail closures begin Sept. 8 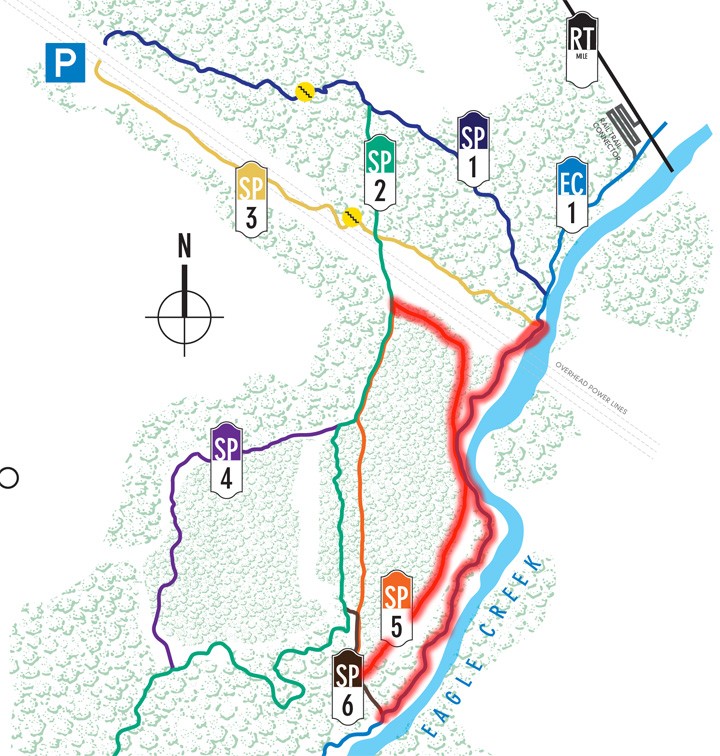 Starkey Park will experience a number of trail closures during September and October due in part to construction designed to restore habitable land for wildlife and deter sediment erosion.

The sediment erosion threatening drinking water purity and wildlife, which began as a result of large amounts of flooding, will affect trails EC-1 and SP-5 at their meeting point. Park officials state the reconstruction will save the ongoing loss of trail EC-1.

All closures will be identified via a “Trail Closed” sign.

Zionsville received a $100,000 grant from the state’s Rivers and Lakes Enhancement Program to offset project costs.

“It’s a fairly standard process using bioengineering techniques to stabilize the bank,” Dickey said. “The trail closures were picked at a point where you have an alternate route. It’s just like a road detour.”

Dickey also emphasized the importance of maintenance on the trails and surrounding creek landscapes.

“This section of stream-side trail has had to be moved at least five times, which includes significant moving of trees,” Dickey said. “At one point, there were actually two separate trails that have now had to come together because we have less bank space to work with. The Department of Natural Resources helped us fund a study showing that several dump trucks worth of sediment were going downstream each year.”

Starkey Park covers a 72-acre area in Zionsville and is frequently used by youth and adult education programs, joggers and hikers. For more information, call the Zionsville Parks Department at 317-733-2273.