You are at:Home»Current in Fishers»Love and music 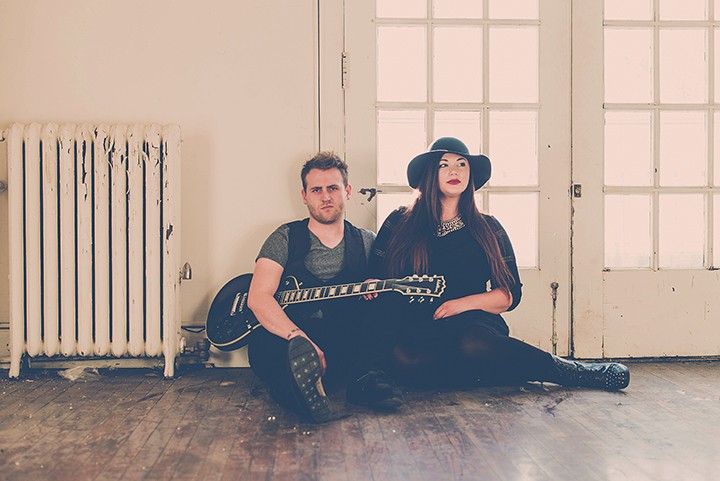 Two years ago Kelsey Faludy had just moved to Indiana. Drew McGuire wanted to meet new people. That led to each creating online dating profiles. And the rest, as the story goes, is history.

“We were instantly drawn to each other because it was intriguing to share a passion,” Faludy said. “We have been inseparable since the second we met.”

Separately, the two have written, performed and recorded original music for a number of years – generating their own “small success and following.” McGuire played in worship bands and started playing professionally in a band called Raising Daybreak when he was 14. Faludy had been singing and performing in various ways since the age of 7, but didn’t start a career as a solo artist until 2007.

The duo took their talents and formed the group MILO, releasing their debut album, Amalgamate, in February of 2015.

“MILO stands for truth and freedom,” McGuire, 24, added. “We believe that everyone has the right to be true to themselves and who they are. We believe in the undeniable power that comes from real people making real music.”

The album – which is available on iTunes – is a blend of Faludy’s piano pop style and McGuire’s love for classic and modern rock. It offers something for every musical taste.

“Amalgamate is unique in that the tracks encompass a spectrum of genres while the identity of the band remains intact; one song may be more rock vibe and the next show a more pop style but it still sounds like the same band because the merging of those styles is MILO,” Faludy said.

Reviews have been positive, according to McGuire.

“Anyone who has given it the time of day has been blown away,” he said.

“It’s hard as a new band because nobody knows what to expect as they have nothing to compare it to, but when they listen they are impressed by the vocals, songwriting and quality of the recording,” Faludy said.

“We have started rehearsing for more original shows recently and will begin booking the venues soon,” McGuire said.

And, if that isn’t enough, Faludy and McGuire got engaged in December 2014 and are planning a June 2016 wedding.

“Drew was incredibly romantic,” Faludy said. “We knew we planned to spend the rest of our lives together, but the proposal completely surprised me – I had no idea it was coming.”

As for the future of MILO, the goal is to find a manager and booking agent in the next year and start traveling and performing. In five years, they hope MILO is a household name.

“Drew and I are both big dreamers and are inspired by people who persevered to achieve success,” Faludy said. “We are determined to make a name for ourselves and this is just the first step in our journey. A love for music and performance is ingrained in both of our bones, and we won’t stop until we get there.”