You are at:Home»Current in Geist»Fishers introduces new deputy mayor 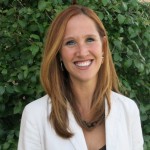 The young city of Fishers is on a consistent path of growth, so much so that Fishers Mayor Scott Fadness has his hands full. But fortunately, Fadness will be getting a well deserved, and well qualified, helping hand to keep the city on a continued path of success.

Beginning in July, the City of Fishers welcomes Leah McGrath as the new Fishers deputy mayor. A resident of Fishers, McGrath is a veteran communications and public policy specialist. She spent the last four of five years with the Indiana Association of Cities and Towns, where she most recently led the government affairs team as director, serving as a public policy liaison and advocate for municipal issues at the State of Indiana and Indiana General Assembly. Her 15-year career has included stints in public relations and marketing research, in addition to her municipal work.

“Anytime someone with Leah’s proven track record joins the team, it brings a wealth of opportunities,” Fadness said. “I look forward to her leadership and collaboration as we move the City of Fishers forward.”

McGrath first came to know Fadness through her work with the IACT before Fadness surprised her with the offer to join their team as deputy mayor.

“I was actually working with (Fadness) this past year on a couple of legislative proposals at the state house,” McGrath said. “He called one day and said, “Hey, would you be able to have coffee this week? I have an idea.” And so I thought it was on one of the legislative proposals I was working on. So I brought my file and showed up for coffee at Mama Bear’s, and his idea was not what I thought it was at all. I don’t think I could have been more shocked by his idea.”

After pondering over the new opportunity presented to her, McGrath felt the position offered her an excellent opportunity to serve her community.

“What it came down to for me was I love public policy, I love my community and the opportunity for me to serve where I live, where my kids go to school, where we go to church, kind of where our life happens, was sort of amazing, awesome and exciting.”

Since accepting her new position as deputy mayor, McGrath has been learning every aspect of the city and its internal operations in preparation for officially taking on the new role in July.

“I’ve met with about six different department heads to just kind of listen and learn and so I’m going to be doing a lot more listening and learning,” McGrath said. “One of the first items is the comprehensive plan. We have a chance to be really proactive in our planning in not just what we want the street scape to look like, but how do we meet the needs of more people coming in, whether that’s, do we need another park or do we connect our parkways or trials and that we continue with this sort of vibrancy that I think makes Fishers so great. So continue that and move it forward. That plan is like a road map so I’m really excited to be a part of that.”

One goal that McGrath hopes to see fulfilled is improving the walkability of the city.