You are at:Home»Current in Zionsville»Mourning customs focus of anniversary presentation

To commemorate the 150th anniversary of the end of the Civil War and the assassination of President Lincoln, the Zionsville Historical Society will present “In Memory of Our Dear One” – a program on the mourning customs of the 19th century. 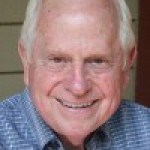 “This is a very special year for us,” said Zionsville Historical Society President Ralph Stacy. “President Lincoln’s inaugural train stopped briefly in Zionsville in 1860 and, of course, Lincoln’s funeral train came right through town again in 1865. Zionsville was a very young, small community—just 13 years old with a population of about 250 people, but we played an important part in the history of that time.”

The free program will be presented by Nancy Perzzo and Karen Patton of Bloomington, Ill., at the Zionsville Lions Clubhouse on June 28 at 1 p.m. Pezzo and Patton specialize in Victorian and Edwardian history and are involved with the Lincoln Funeral Coalition in Springfield, Ill.

Their presentation uses props, music and visuals with both ladies in full period costumes. According to materials from Perzzo and Patton, “Victorians understood that death was an everyday part of life and that there were many rules of mourning etiquette expected to be followed.”

“We’re trying to attract people who are interested in history generally,” said Lynne Manning, “and present a program that has a more broad appeal than with a Zionsville focus.”

“This is a slightly new direction for us in trying to interest new people,” she said.

According to Manning the Zionsivlle Hisotircal Society was incorporated in 1962 and initially comprised of people who had been a part of Zionsville for generations.

“Zionsivlle history was important to those people, but our community make up has changed,” said Manning. “They still have an interest in Zionsville history but it has a more global feel.”

“We want people to realize… that things that happened in other places had an impact on people who lived here,” said Manning.