You are at:Home»Current in Fishers»HSE School Board recap 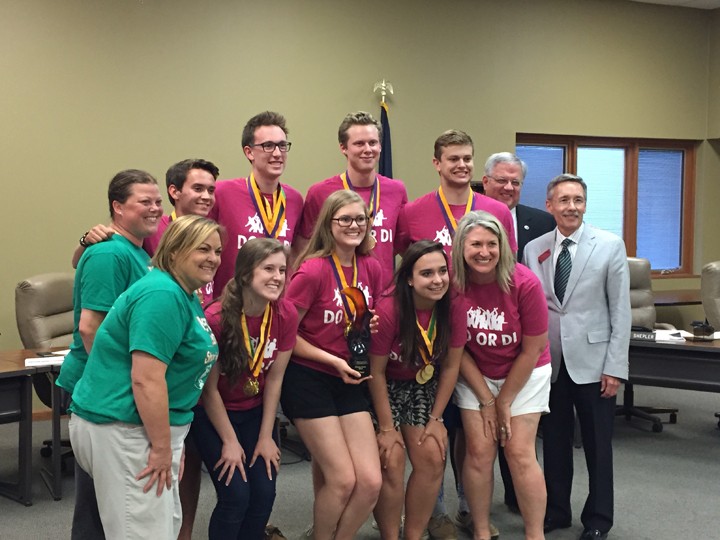 The Hamilton South Eastern School Board met for their first meeting in June.

What Happened: This meeting’s Snapshots of Success celebrated the unwavering efforts of two teams participating in the Destination Imagination global competitions. The two teams were honored at the meeting and were made of students from several HSE schools. One team was a group of fifth and sixth grades and the other was a group of graduating high school seniors. Each team earned first place and were Instant Challenge Champions.

Why it matters: The Destination Global Finals is a competition between 17 countries, 1,468 teams and more than 8,000 students. HSE schools teams came out on top of all other countries.

What Happened: Andrea Burke updated the board on the Safe Routes to Schools program at Harrison Parkway Elementary that aimed at supporting healthier lifestyles for students. The plan included volunteer workers as crosswalk guards, city staff education seminars for HPE staff and students, contests between classes involving pedometers, essay writing on keeping a healthy lifestyle, walk-to-school days and other activities.

Why it matters: The Safe Routes to School Plan is part of a grant that aims to encourage students to walk to school and to increase physical activity. While doing so, the City of Fishers and HSE schools hoped to provide safe routes and practices while walking to school.

What happened: The school board was presented with the layout plan of a new sign on the HSE High School Athletic Building. Officials from SignCraft of Indianapolis spoke to the board about the proposed sign and its elements. The proposed layout read “Welcome to the Home of the Royals,” in white lettering with an emblem of the school mascot above the lettering. The sign would be lit and would cost approximately $13,000 to $14,000.

Why it matters: Currently the signage of the athletic department building is minimal. The new sign would be much larger and identifiable, and would be provided by funds from the Royals Varsity Club. The school board approved the layout of the signage. The layout will then move on to the plan commission meeting for further approval. If approved, the sign is expected to take approximately five to six weeks to complete.