You are at:Home»Current in Fishers»CEO to leave Conner Prairie 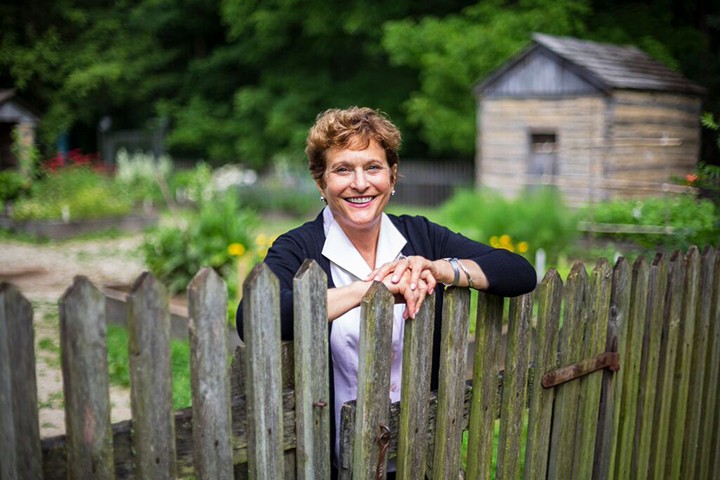 Ellen Rosenthal, president and CEO of Conner Prairie, will retire at the end of the year. (Submitted photo)

“I feel like Conner Prairie is a wonderful place and it deserves someone who can give it their full attention and energy. Not that I’ve slowed down but I wanted to leave before it felt like my performance was really being affected,” said Rosenthal.

Rosenthal decided to retire in order to spend more time with her family and to take a much needed break after a breakneck pace for 12 years.

“Five years ago my only sibling, my brother, died very shortly after his 65th birthday two months after being diagnosed with cancer. He said to me ‘This feels like something I should hear about happening to someone else but it’s not. It’s happening to me.’ It sort of made me think hard about the big issues about how much time we’re given and what you want to be able to say at the end of your life. It’s heavy but I feel like we, the team, at Conner Prairie had accomplished so much that it felt like a good time to depart and turn the reigns over to someone else,” said Rosenthal.

Many people worry if they will have enough things to fill their time when they retire. Rosenthal feels she will have plenty to do between balancing time between her first priority, her family, and her hobbies.

“I would like to complete my family genealogy. I’m a historian, too. So, I can put it in context about why people left the old country and what they found when they came here. I’d like to turn it into more than just a family tree. I’d like to put our family’s story into the context of American and European history,” said Rosenthal.

She feels proud of all that Conner Prairie has become in last 12 years.

“Conner Prairie has really become what I dreamed it would become, which is a really vital and vibrant community asset where the grounds are full of families and children sharing experiences, learning and making memories. It’s become meaningful in a lot of people’s lives,” said Rosenthal.