You are at:Home»Current in Zionsville»ZPD, ZFD members to carry torch on way to games

A team of Zionsville police officers and firefighters will help escort the Special Olympics World Games torch through Carmel as it makes its way to Los Angeles, the site of the 2015 event. The Flame of Hope torch was lit in Greece, the birthplace of the Olympic Games, and will be run to its destination by police and firefighters across the U.S. 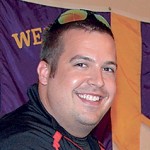 “If people want to come out and cheer on the police department actually carrying the torch, they’re welcome to come out and join us on June 11 at 2 p.m. in Carmel as we run down Range Line. 126th Street to Carmel Drive,” said Josh Chapman, an officer with the Zionsville Police Department.

The local torch relay team will be comprised of four ZPD police officers, four Zionsville Fire Department firefighters, a Department of Natural Resources officer and a Whitestown Police Department officer. The torch will be handed off to the Carmel Parks & Recreation Department who will then bike five miles to the next handoff.

The Special Olympics World Games are held every four years, with this summer’s competition set for July 25 to Aug. 2.

When Chapman was in college at Indiana State University in Terre Haute – where the Special Olympics Indiana summer games are held each year – he started working with Special Olympics. When he started working for the police department, he was invited to hand out medals at the summer games. He is now a committee member for the Unified Relay Across America Indiana Section.

For more information on the torch relay visit soindiana.org.