You are at:Home»Night & Day»Our takes on steak: Best of the Northside 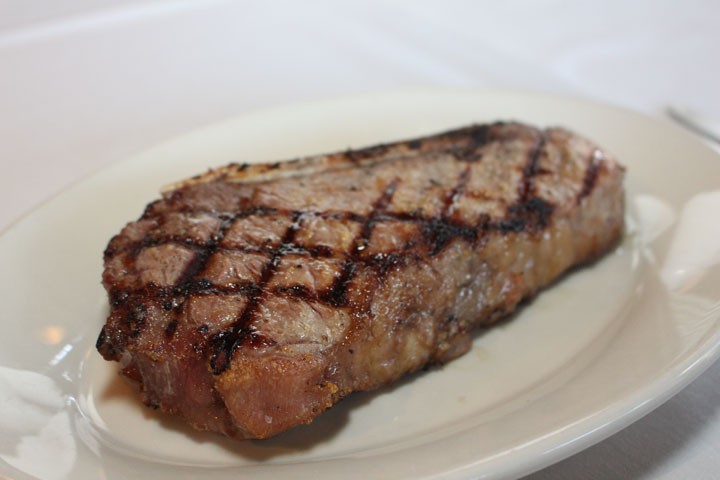 It seems like almost any sit down restaurant can offer you a steak dinner in some shape or form. While many places have with the word “steakhouse” in their name is an obvious indication of what they’re trying to advocate, there are those places that sometimes might get overlooked due to the prestige of other venues, which may hold a higher publicity aspect.

Certainly there is a collection of names that come to mind in Indianapolis and the surrounding area when one thinks of the best steakhouse in town, but for those who wish to venture from the ‘standard’ in the steak game, consider these choices for your next steak.

With the bold declaration of being “Carmel’s only Prime steak house,” Prime 47 is a force to be reckoned with. What sets it apart from it’s Indianapolis and Cincinnati locations is that it’s locally owned and operated, separate from those aforementioned. This gives it is own unique ambiance. Focused on sourcing the finest ingredients, Prime boasts its food quality is “second to none.”

As a local entity, Prime in Carmel is devoted to providing exceptional service to its community. “We’re a locally owned restaurant trying to serve the community, not just Carmel, but Noblesville, Zionsville, Westfield and Fishers…Hamilton County,” Hamman said “We’re committed to being part of the community. We’ve done a lot of work with various organizations, consisted of donating to a myriad of charities. We just want it to be a local gathering place.”

As for the steak, my recommendation is the dry aged Kansas City strip, cooked to your liking. The dry aged process offers exceptional flavor boosting the tenderness and texture of the meat. Lightly seasoned with salt, pepper and a touch of garlic and thyme, this is a great steak. Try it by itself of with one of Prime’s decadent toppings. 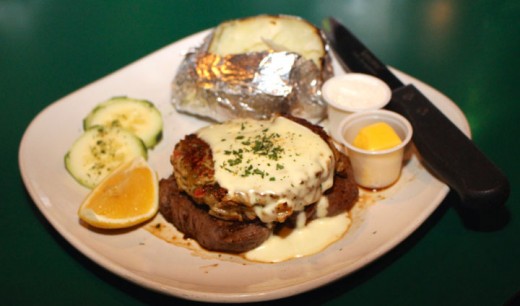 Murphy’s Pubhouse Filet Mignon, Oscar Style, served with a baked potato, butter and sour cream on the side.

While some readers may recall Murphy’s Steakhouse, now Murphy’s @ Flynn’s located off Allisonville Rd. in Indianapolis, located in Fishers is Murphy’s Pubhouse. A younger brother of the Indy location, the pubhouse is a laidback bistro that sports similar style family-owned values as Murphy’s @ Flynn’s, but in a relaxed pub atmosphere. With three generations of family in the restaurant business, Murphy’s Pubhouse owner/manager Ryan Stonebraker has culinary management in his blood.

His philosophy is simple: it’s all about satisfying the customer.

“We know what we’re doing,” Stonebraker said. “We take good care of our customers. We try to provide good food and service. Just take care of everybody around you, and staff too. You’re not a number. We just treat everybody right and that comes back to helping us in the end.”

As for steaks, it doesn’t hurt that Stonebraker, just like his brother over at Murphy’s @ Flynns, has the same style steaks, hand cut in-house.

“Most people go with precut steaks anymore for better portion control and always knowing what you’re getting exactly,” Stonebraker said. “But to make your own beef tips, make your own medallions, that kind of stuff goes a long way.”

My recommendation would be the filet, Oscar style. That’s a juicy filet mignon topped with an delicious crab cake, drizzled in a chardonnay cream sauce. It truly compliments the steak. Pair that with a baked potato and you’re set. 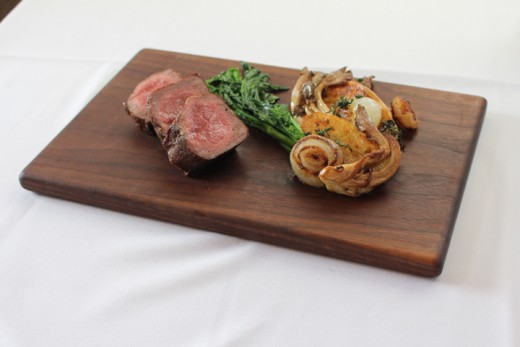 The Loft at Traders Point Creamery

Secluded on the back roads of Zionsville you’ll find something of a gem in the form of a farm-to-table style restaurant. Located at the headquarters of Trader’s Point Creamery is The Loft. The Loft is a rustic style restaurant based out of a civil-war era barn. What makes this place so special is its adamant approach to providing customers with the most organic foods that you can get your hands on. Sourcing local farmers for grass fed animals, the menu you find at The Loft provides a natural approach to an array of farm-style foods.

Heading the kitchen is Brandon Canfield, a true culinary inspiration that goes out of his way to ensure nothing is wasted, while showing respect to both the animals and the local farmers that provide it.

The menu varies by availability, but when in stock the filet is a sure win. During my visit I was served the pan roasted, grass fed strip loin. The grass fed beef provides a steak experience unlike anything I’ve ever encountered. The natural flavors weren’t flooded by fat, as found in a standard steak, allowing you to taste the animal as it was meant to be. Delicious. 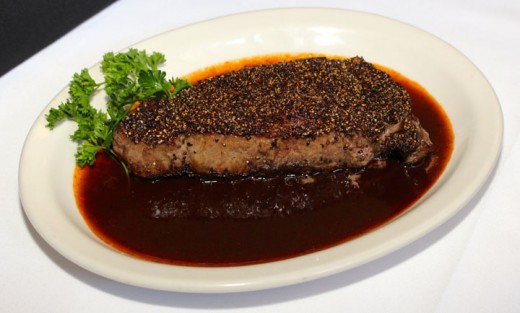 Many connoisseurs of steak have probably heard of the famed St. Elmo’s steakhouse located downtown. And while some may say it tops the scale, it’s more contemporary counterpart, Harry and Izzy’s, deserves just as much respect as its upscale equal.

Located in Carmel, Harry and Izzy’s Northside location has a much more causal feel to it than St. Elmo’s, yet it not only offers a broader selection on it’s menu, but also offers St. Elmo’s quality steaks, as well.

Heading the kitchen at both St. Elmo’s and Harry and Izzy’s is executive chef Dave Foegley. Sourcing its beef out of Illinois, Foegley ensures that only the best beef they can acquire makes it to the table.

“We use the best that we can get,” said Foegley. “That’s the biggest thing. We specify a certain grade and that’s why we set the bar where where it’s at. You can buy an inexpensive cut of meat and you’re going to know when you bite into it.”

Foegley believes in the power of the meat. For his New York strip, it is simply seared with a peppercorn crust, resting on Izzy sauce, leaving few distractions for a hungry patron’s palate. 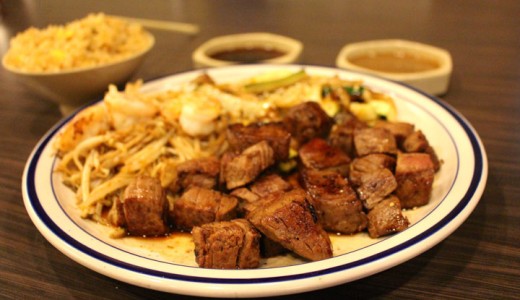 If a great steak isn’t enough to get you excited for a night out, perhaps dinner and a show will boost your moral. Such an evening can be provided at one the oldest hibachi restaurants in Indiana. Located on the Southside of Indy, Fujiyama is an elegant Japanese style restaurant providing outstanding sushi, and of course, premium steaks.

What really makes the restaurant special is the experience. Even if you’ve been to a hibachi restaurant before, Fujiyama is sure to impress.

General manager and owner Jason Cummings is a third-generation owner of Fujiyama and reinforces that they have some of the best hibachi chefs in the state.

“I searched long and hard for these chefs,” Cummings added. Cummings is also quite meticulous when it comes to finding the right steak for his customers and has each piece cut in-house. Offering both New York strip and filet mignon, Cummings personally inspects the product before purchase.

“I like to go pick it up in person,” Cummings said. “I examine all the pieces. Just by pressing on the meat and just by the color and looking at that fiber in the meat, you can really get a good idea of how that’s going to turn out.”

For my Fujiyama visit, I went with the filet. Diced into bite-sized pieces right before your eyes, this steak is perfectly tender with no need for persistent chewing to breakdown the meat, practically melting in your mouth.