You are at:Home»Current in Zionsville»YETI orphans safe, building damaged during Nepal earthquakes 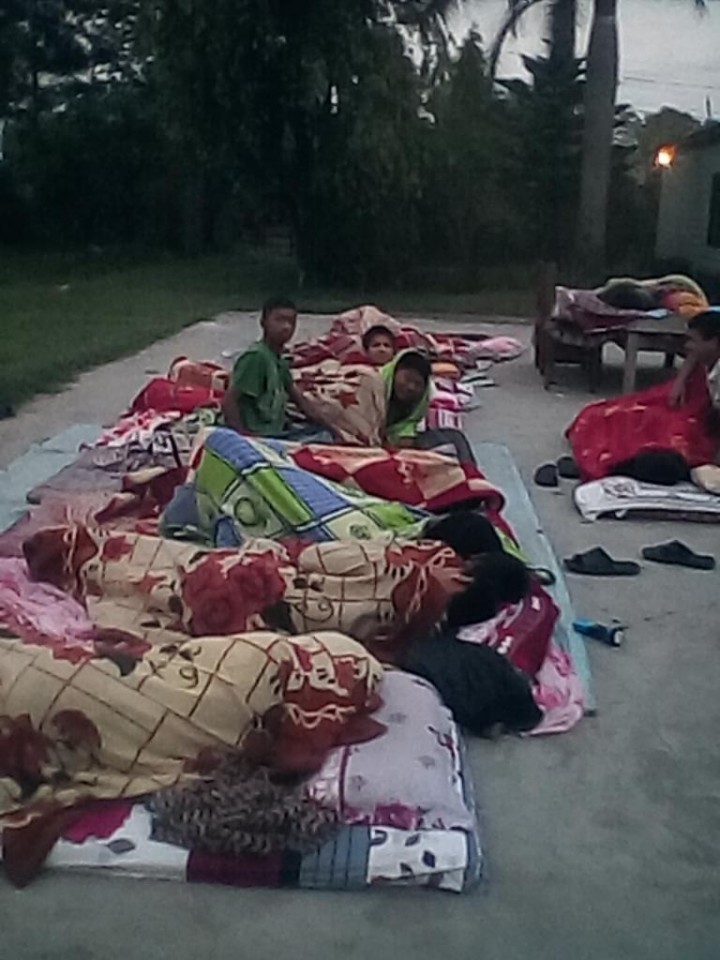 Children at the orphanage in Nepal supported by YETI are spending the night outside in sleeping bags until the building can be checked for structural safety.

After the first devastating earthquake hit Nepal weeks ago, Youth Enhancement and Training Initiative President Jeff Papa was relieved to learn that the 26 children who live at the orphanage supported by his organization were safe. The second, more recent quake left a new crack in the wall at the orphanage, but also left the children unharmed. For the time being, they are sleeping outside in tents until the building can be inspected for structural safety.

Papa, who is also a Zionsville town councilor, is unsure what the timeline might be for inspection.

“We’re leaving it up to the locals to worry about more pressing matters.” he said. He explained that the tropical environment in Nepal is warm enough at night for the children to sleep outside, and they can also find shelter in the orphanage’s one-story cafeteria building in the case of stormy weather.

Papa first volunteered in Nepal in 2000 during a volunteer tourism trip. He was part of the team that built the orphanage building, and the YETI organization is the sole supporter of the operation today.

Some of the money raised by YETI also goes towards community development projects in the surrounding area.

In normal circumstances, a minimum of 10 to 15 percent of overall donations benefit underprivileged children in central Indiana. But for the immediate future, all donations will go toward providing relief in Nepal.

“In the short term, we’ve decided to put 100 percent toward kid-related earthquake relief in Nepal.” Papa said. “So if our kids need something, it will go there. And if they don’t, we’ll pass it along to some other use that will help kids in the recovery effort.”

Donations can be made at www.yetikids.org. In addition to monetary donations, YETI is seeking participants for a volunteer trip to Nepal tentatively scheduled for September. Groups of up to 12 people travel from the U.S. to the Nepali orphanage annually.