You are at:Home»Current in Carmel»Carmel Business Local»Reggae Grill now open in Carmel 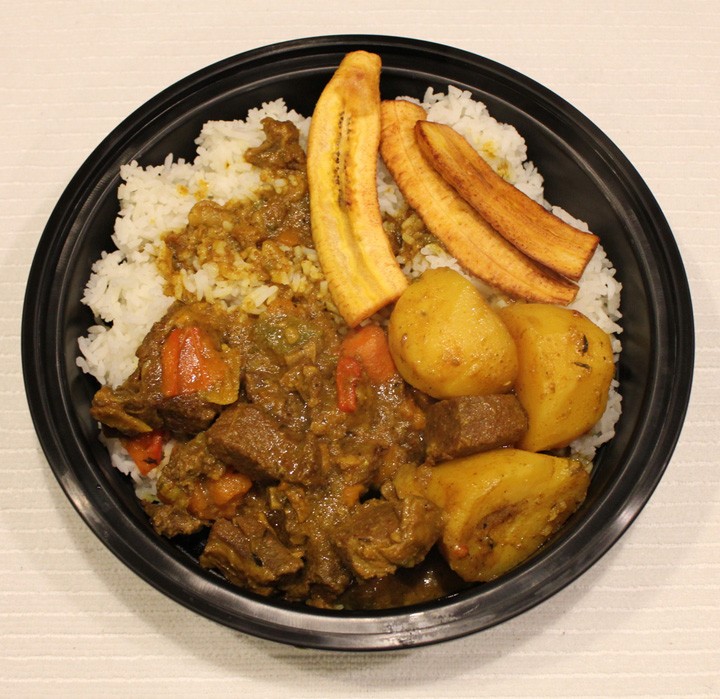 Just one of the mouth- watering menu entrees at Reggae Grill. (Submitted photo)

Eldon Chuck is out to solve a problem previously faced by hungry Carmel residents.

“I love Jamaican food and it was tough to get here in Indiana,” he said.

But last month, Chuck made it easier for eaters to find authentic Jamaican cuisine.

He’s the owner of the new Jamaican Reggae Grill at the Monon Square Shopping Center, where Chuck is eager to introduce first-timers to his favorite Jamaican dishes.

Chuck’s first forays with food came in his family’s kitchen in Jamaica. Before he came to the United States for college in the late ’70s, he learned a thing or two from one expert in particular.

“Basically growing up as a kid I just watched my grandmother and picked up some things along the way,” Chuck said. “Over time, you cook it and get some feedback from your friends and stuff and so far, so good.”

“Jamaican food is a comfort food,” Chuck said. “A lot of things are mostly stewed, except for like a jerk chicken or jerk pork, which is normally not even really grilled — it’s cooked over wood and under pressure.”

“In Jamaica it’s similar to how you would with pork here in the United States where you dig a pit, put like half a pig in or something and then stack hot coals on top of it and it cooks under that pressure,” Chuck said.

“Obviously we don’t have that here, so we try to recreate it in a different way,” he added. “We’ve been fairly successful with doing it our way.”

The chicken and pork’s added jerk flavoring brings another unique wrinkle to the Jamaican dining experience.

“One of the key ingredients in jerk flavoring is what we call the pimento seed, but over here it’s grounded up and called allspice,” Chuck said. “It’s a very unique flavor.”

And now it’s one that easier to find.