You are at:Home»Current in Westfield»Westfield to celebrate Arbor Day on April 25 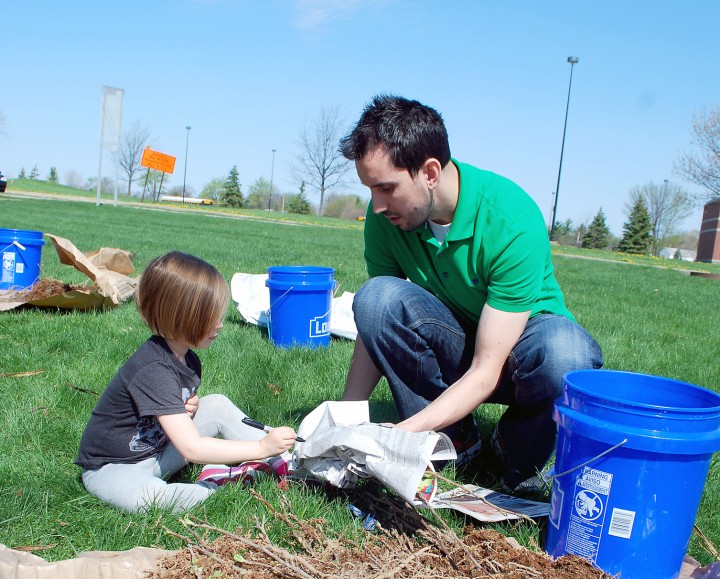 In 1872, J. Sterling Morton proposed to the Nebraska Board of Agriculture that a special day be set aside for the planting of trees. This holiday, called Arbor Day, was first observed with the planting of more than a million trees in Nebraska. Celebrating its 143rd anniversary, Arbor Day is now observed throughout the world and Westfield residents are invited to join the festivity from 10 a.m. to noon April 25 at Asa Bales Park, 205 W. Hoover St.

Jones said there are three big plantings going on currently including two Eagle Scouts projects and a class from Carmel at Osborne Park.

“This year we aren’t having a formal tree planting because we have so many projects that are going on. Literally, thousands of trees are being planted,” she said. “Instead of doing a public tree planting this year we are just giving away 500 trees so people can plant them on their own property.”

Jones said the department will have five different varieties: tulip, sugar maple, redbud, bur oak and red pine, which the city has never given away previously.

“Something for everybody,” she said. “You can have as many trees as you want. We want to give all 500 to willing homeowners or property owners that want to plant them some place.”

Jones said the city also has received the Growth Award from the Arbor Day Foundation for the fourth time.

“That is a significant award,” she said. “That means we have increased tremendously way above our per capita amount and built upon what we did year after year after year.”

Trees have a considerable impact on the environment and can reduce the erosion of topsoil caused by wind and water, cut heating and cooling costs, moderate the temperature, clean the air, produce oxygen and provide habitat for wildlife.

“Westfield is a Tree City and recognizes that trees in our city increase property values, enhance the economic vitality of the area and beautify our community,” Mayor Andy Cook said.