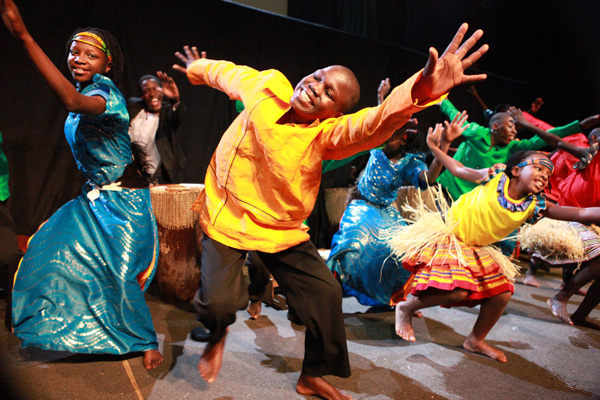 Carmel Friends Church pastor Keith Glasgow is eager to see the reaction from his congregation and public to some special visitors.

The Watoto Children’s Choir, from Uganda, will present two concerts on April 24 at Carmel Friends Church, 651 W. Main St., as part of its U.S. tour. The concert for the public will be held at 7 p.m. At 1:30 p.m., the choir will perform for the pupils and parents of the Coram Deo Academy, a school that uses the church’s facilities.

Glasgow said the well-trained children’s choirs are designed to raise funds from the United States, Australia, Japan and Europe each year. The choirs have been traveling internationally since 1994 as advocates for the estimated 50 million children orphaned from HIV/AIDS, war, poverty and disease.

“They do a great job training them with choreography and singing,” said Glasgow, an Australian who has been at the Carmel church for six months. “We’ve hosted in Australia a number of times and it’s always been tops.”

The concert is free but there is an offering for those who wish to donate, Glasgow said. There is also African merchandise and handicrafts for sale.

The Watoto is a holistic care program to help the large number of orphaned children in Uganda and other African nations. It was started by U.S. missionaries in the 1980s.

Any money raised goes right to the program, Glasgow said.

“There are about 20,000 children who have been abducted to be child soldiers,” Glasgow said.

Glasgow said there are orphans or rescued child soldiers who are put in homes with women many who are widowed, often from AIDS.

“They essentially put one (foster) mom in a house with eight children in a basic rustic house but it is much better than living on the street,” Glasgow said. “It’s a wonderful thing they are doing. The purpose for Uganda is really to educate these children so they become doctors, lawyers, politicians or whatever. Already some have gone to universities.”